My father, John,  sails his boat on a pond in Alexandra Park, Hastings in 1923. 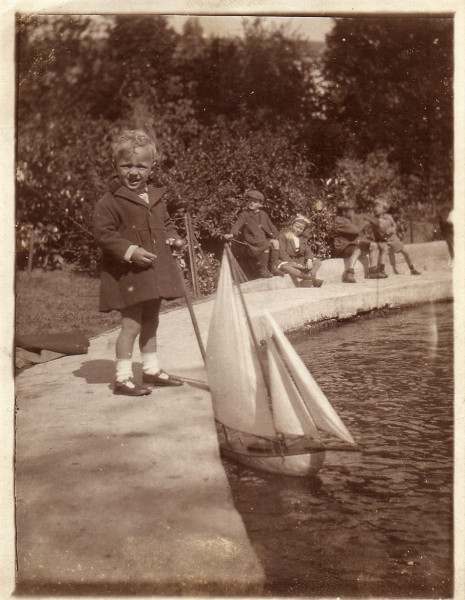 sorenr says "I still find it interesting that young men in those days are largely represented as unashamedly pretty in portrait photography. There is often an almost effeminate (to the modern eye), Valentino-esque quality, especially the lips and eyes."

As it happens I have a couple more photos that perfectly illustrate his point.  To begin with, there's this extremely glamorous image of my great-uncle, Harold Bridges- my grandmother's brother (previously seen as a small boy in Easter finery)- as a soldier of the Great War. For those who take an interest in such things I believe he's sporting the cap badge of the Queen's Royal West Surrey Regiment. 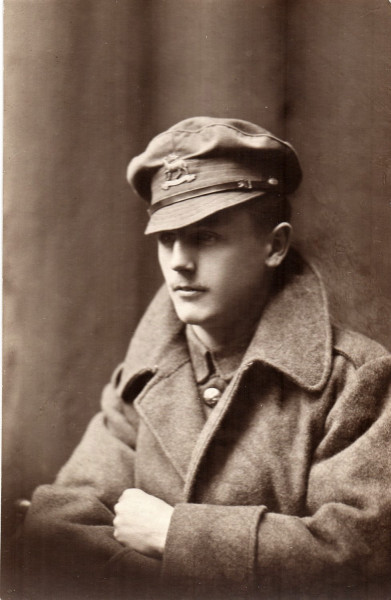 I can't tell you much about Harold. He died in his fifties, of something complicated, and his younger sister Joan is listed on the death certificate as next of kin. He never married and from the not-in-front-of-the-children way in which he was spoken of by the adults I've always assumed he was gay. At the time of his death he was working as an estate agent's clerk.

And then there's this, my grandfather photographed by The Hollywood studio (no less) in Bogota sometime in the early 1920s. Much Vaseline has been applied to the lens and if the result isn't the spitting image of Valentino or Ramon Novarro it's not for want of trying... 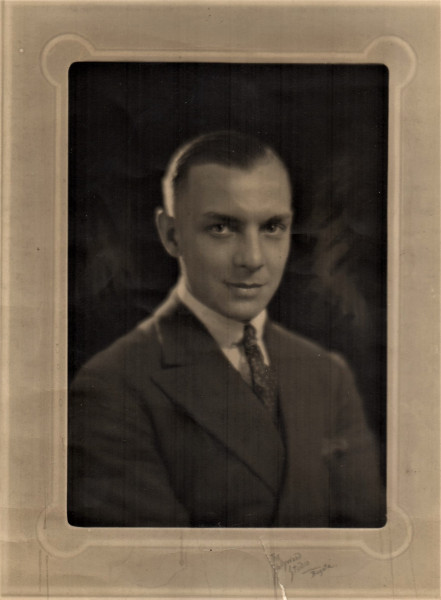 Yes, it's a bit blurry, but then so is the original. Blurry is a deliberate aesthetic choice.

What was my grandfather doing in Bogota? I don't really know. Overseeing some engineering project or selling heavy machinery I suppose. He was newly married and a rising star in his profession.

I have decided he was gay. If he wasn't he's not around to set me right. Nobody is. And though I don't believe I ever met him I may be the last person standing who knows he ever even existed.

The records of his life are terribly sparse. I have the usual birth and death certificates and a few- a pitifully few- photographs. I've posted one of him as a soldier. Here are most of the rest. 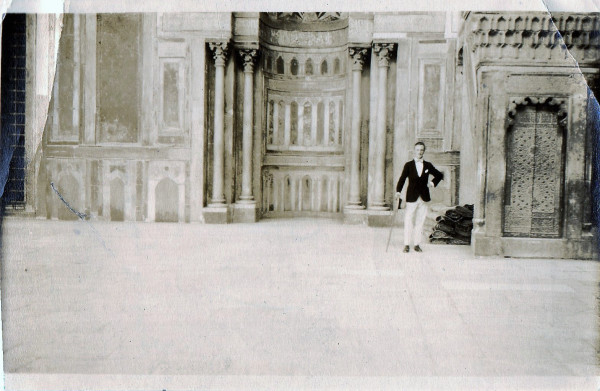 I can't even be entirely sure this is him, but, then who else could it be? Who else in the family was this dapper? Who else took his holidays in North Africa? It says on the back that this was taken in the Coronation Mosque on 24/7/21 by Hedley Mitchell Esq. Who he?

Well, perhaps he's the chappie in the white suit with Harold in this next picture... 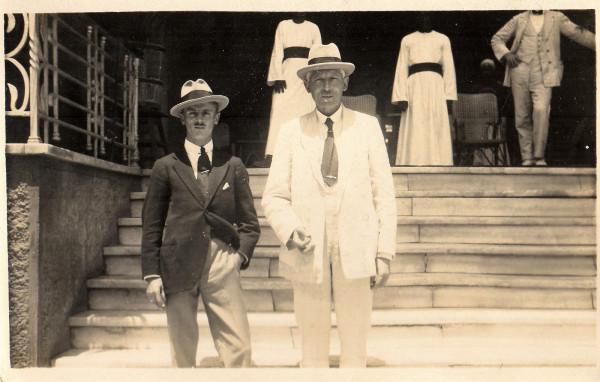 We're still in North Africa for the next snap. High jinks are being had. Harold is in the middle. At least I think that's him but none of these pictures have his name on them. Is that a golf club he's holding? If so, why? Are we having a  game of donkey-golf? 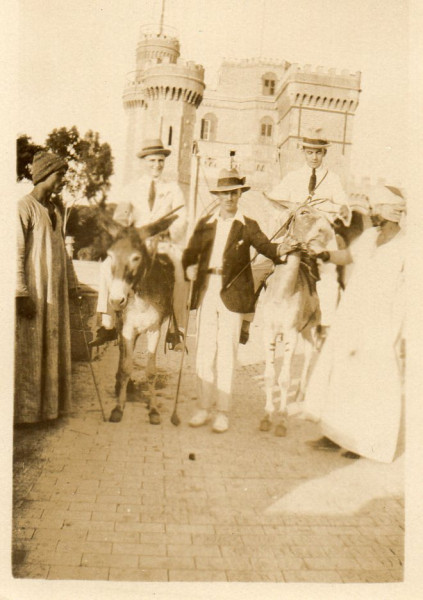 And now we're back home in Blighty. This is Harold with his parents and much younger sister Joan. If there were no other clues you'd know him by the tilt of his hat. 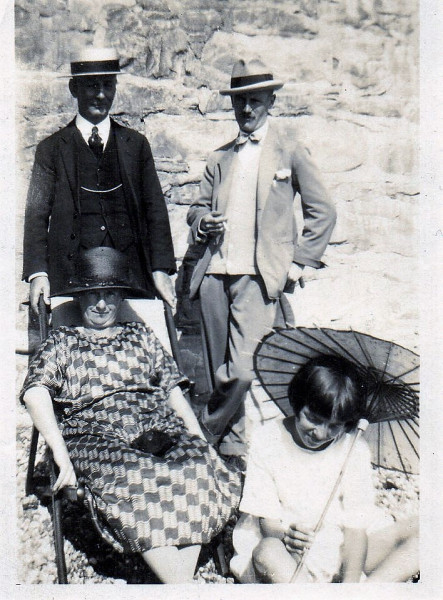 Shall me follow him to the end? I hesitate to post the next because it's such a blurry image- below my standards, really, but so far as I can see it's the only picture I have of him as a (comparatively) old man. He died in his early 50s. 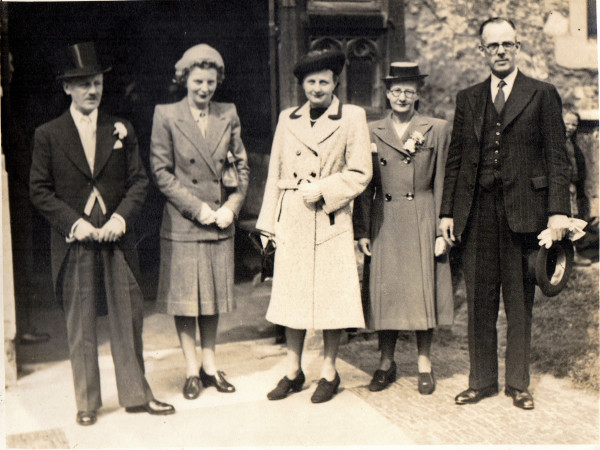 That's him on the left- the smartest man at the wedding (though whose I have no idea.) Next to him in order are his sisters Joan, Ethel and Kathleen and Ethel's husband Laurie White. Missing from the line-up is his sister Violet, my granny. Perhaps she was behind the camera.

P.S. Since posting the above I've done a little more research and- well I never- it was my parents wedding. That would explain why my granny isn't in the shot. She wasn't any old guest, she was the bridegroom's mother!
Collapse