She was a talented amateur artist. We have a couple of her watercolours... 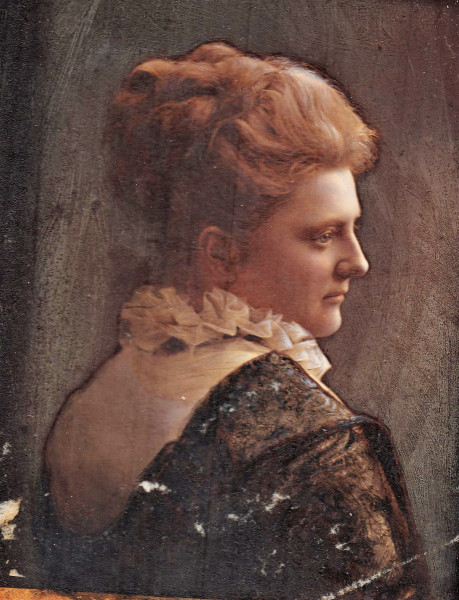 This is about as far back as it goes. These are my grandmother's Colenutt grandparents, photographed in the 1860s. 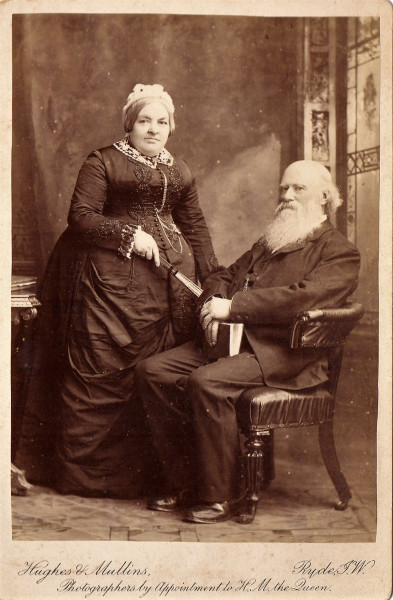 And here's Granny Colenutt a few years later- a rather accomplished amateur photograph, making imaginative use of a natural light source. They were an artistic lot, the Colenutts and Jacksons... 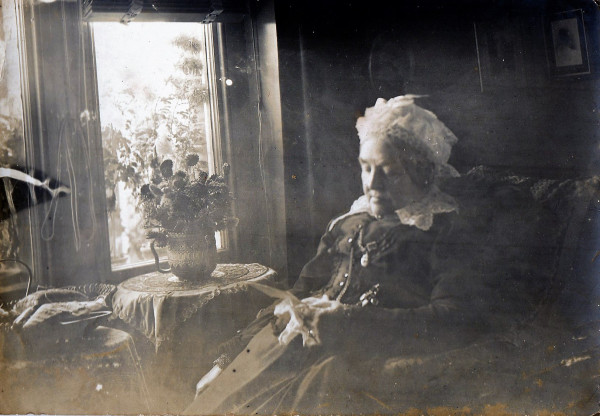 This one's a bit miscellaneous. I'm posting it simply because it's so atmospheric.

The people are my great uncle Charles Randle Jackson (my grandmother's brother- always known as Uncle Ran) and his wife- and they're punting on the lake at Suffolk House, the Jackson family home outside Croydon. Not that the place matters, really. It could be the Norfolk Broads, it could be the River Cam. Punting- such a quintessentially early 20th century middle-class pastime.

Randle served in the Great War, and survived to pursue a not in the least bit celebrated career as a painter and sculptor. I met him in the 1950s when he came to our house in Croydon with a very much younger second wife. I don't think he was married when he went to war so I suppose this picture dates from the 1920s. Did my grandmother take it? Probably. 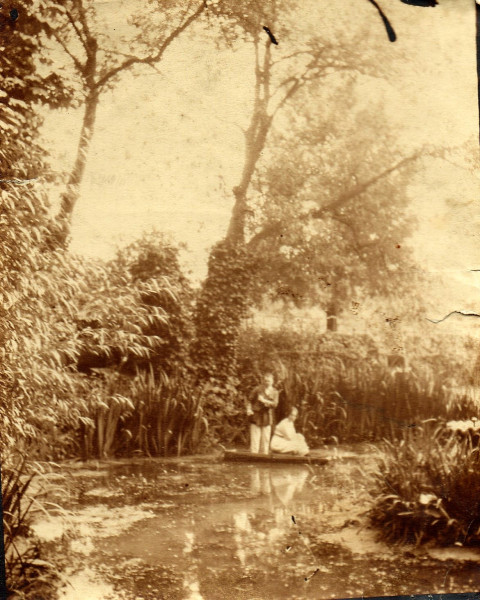 My grandfather- Edward Stafford Allen- motoring through the Sussex Downs (actually pretending he's motoring while being parked up because otherwise there'd have been blurring.) The disgruntled small boy in the back- I imagine he was getting tired of posing- is my Uncle Dick. The date has to be c.1920.

I don't know the make of the car. Do you? 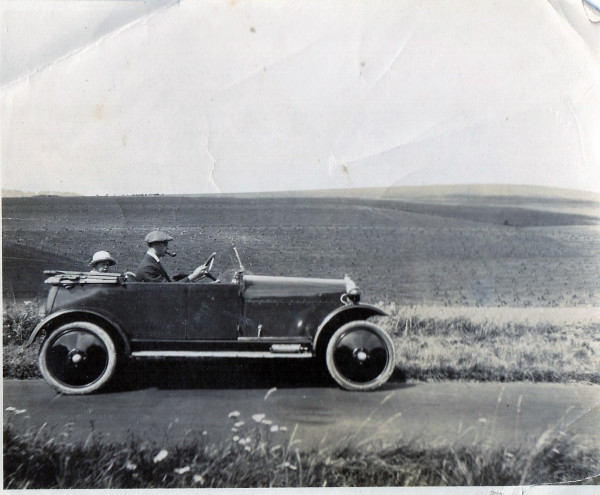 My grandfather, in Great War uniform, with his first born- my Uncle Dick (who has helped himself to daddy's pipe.) My other granny didn't actually have much of a stash.  That side of the family didn't get into serious snapping until the 1920s. My grandfather effectively deleted all records of his early life and my grandmother only kept a few commercially produced pictures of her girlhood.

Here's one of them.

These are the Bridges children. Their father was a draper (like Kipps.)  My Granny, Violet, is the oldest of the three girls. A fourth daughter, Joan (my favourite great aunt) was either not yet born or too young to join the parade. 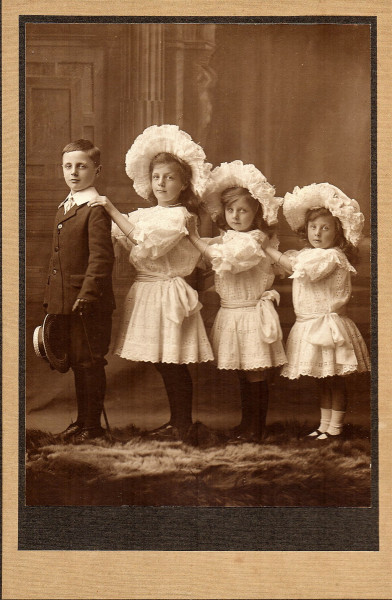