Eardisley has one of the finest- and most elaborate- Norman fonts in the country. It's a major surviving work of the Herefordshire school and may well have been carved by the artist responsible for the tympanum at Kilpeck. 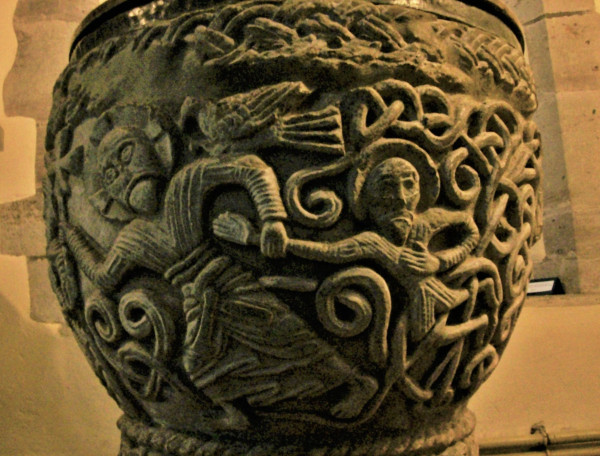 Christ harrows Hell, with the Holy Ghost at his shoulder, dragging Adam (presumably) out of a mass of clinging tendrils which I take to represent the toils of sin. 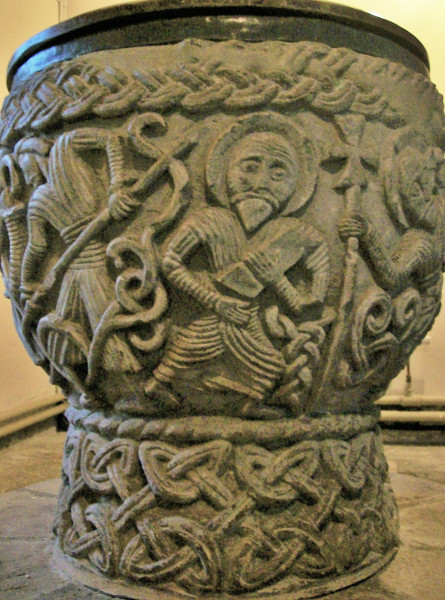 A saint with a book. Simon Jenkins says this is God the Father but I'm not convinced. He looks worried- and as if he's running away from something. 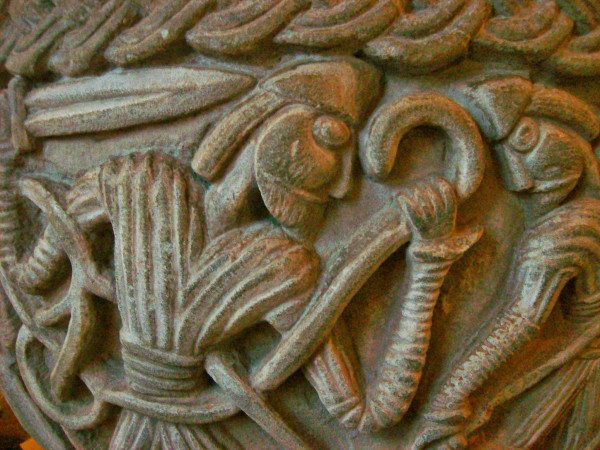 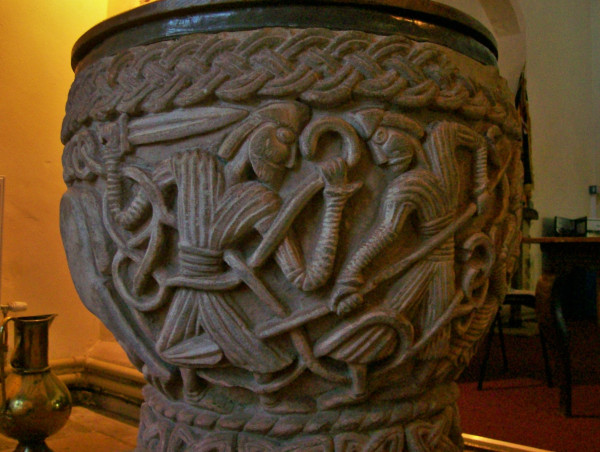 Two warriors- trapped in the toils of sin- fight with sword and spear. There's a theory that they represent Ralph de Baskerville and his father-in law, Lord Drogo- who fought to the death over a property dispute in 1127. Ralph won and later became a monk. Might the font have been commissioned by him as an act of atonement for Drogo's death? Alternatively they could be Christian warriors  fighting alongside one another against the world, the flesh and the devil. 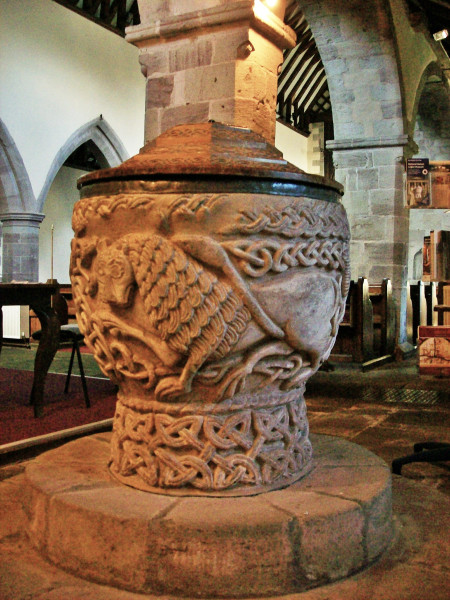 Lions are tricky. They can represent Christ (the lion of Judah) or the devil (a roaring lion, seeking out whom he may devour.) Here I prefer the first interpretation. The lion is unfettered by the toils of sin and may be considered to be triumphing over them- which is just the sort of thing you want to be putting on a font.
Collapse