Our iconoclasts- who came in two waves- one might (very inaccurately) call them Cromwell 1 and Cromwell 2 for ease of reference- were religious extremists not class warriors- so they smashed roods and stained glass windows but spared tombs. In France- where the iconoclasts were class warriors- it was the other way round. So the French have more medieval stained glass than us, but we have more medieval tombs.

Lingfield has a very fine, early 15th century tomb of the Cobham family. Ailz doesn't always come into the churches with me but I insisted she see this because it's a considerable piece of sculpture and she loves sculpture. "Look,"she said. "You can see all his buckles," And so you can. 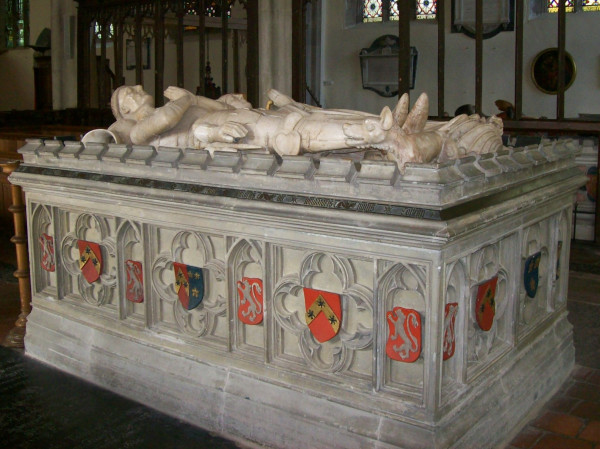 But the tour de resistance is round the back. The Cobhams had as their crest a Saracen's head- symbolising their crusading zeal. And here, on top of  the knight's helmet (which he is using as a pillow) is the grimmest, goriest Saracen's head you could hope to be repelled by. The word that comes to mind is Donatello. One wonders what else this sculptor did. What were his John the Baptists like? His Mary Magdalens? Just suppose Donatello's votive statues had fallen to the hammers of Cromwells 1 and 2. 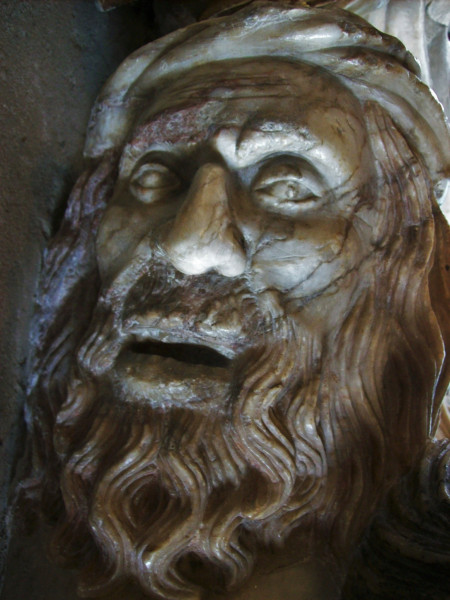 Male and female blue tits look just the same to us but not to one another. That's because they can see colours we can't- and male blue tits carry brighter patches of ultra-violet.

(I got this info from Chris Packham's excellent TV show World's Weirdest Events.)

Ultra Violet is a real colour- or range of colours.  The same goes for Infra Red. But I can't see them. I can't even imagine them. I find that very hard to get my head around.
Collapse