We stopped on our way home yesterday for a meal at The White Hart in Ampthill. Coaching inn, fine Georgian facade, several ghosts, recently reopened under new management, serious about its food and... 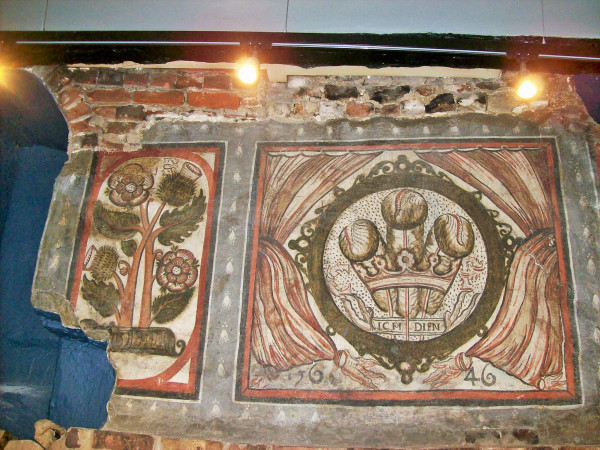 A royalist mural- showing the Prince of Wales' ostrich feathers and motto- "Ich Dien"- flanked on its remaining side by the interwined roses ond thistles of England and Scotland. An interesting surival.

This is the last year of the English Civil War. Parliament has triumphed and the battles being fought down in the West Country are essentially mopping up operations. The Prince of Wales goes into exile in April, his father is captured by the Scots in May. The mural is an expression of loyalty to a dying cause, a political protest even. I'm thinking it has survived so well because it was covered in whitewash over shortly after completion.
Collapse