We were in Bodiam yesterday. If you don't know it in actuality you'll know it from the movies. Whenever the filmakers want a small, perfectly formed medieval castle to muck around in it's Bodiam they go to. It played Locksley Hall in Robin Hood, Prince of Thieves- and a simulacram of Brian Blessed was made to swing in a cage above its battlements. Bodiam was built in 1385 and Prince of Thieves is set some two hundred years earlier, but that's show business for you.

Yesterday was Bank Holiday Sunday and Bodiam was full of people. I'm not used to crowds- and I found it a bit oppressive. There were actors dressed up like eejits medieval folk giving talks about aspects of fourteenth century life. Ailz, who stopped to listen, said the chap in sabots who was talking about the medieval arms race was really interesting. First the armourers devised an arrow that would go through mail and so the boffins on the other side developed plate armour, so then the armourers devised an arrow that would go through plate- and so on.  The niftiest invention was an arrowhead shaped like a crescent moon that was designed to go spinning through horse armour. It didn't do the horse a great deal of damage, but it stung like a hornet- so the horse reared up- and once a knight in armour was flat on his back on the ground he was about as much use to the war effort as a tin of sardines. 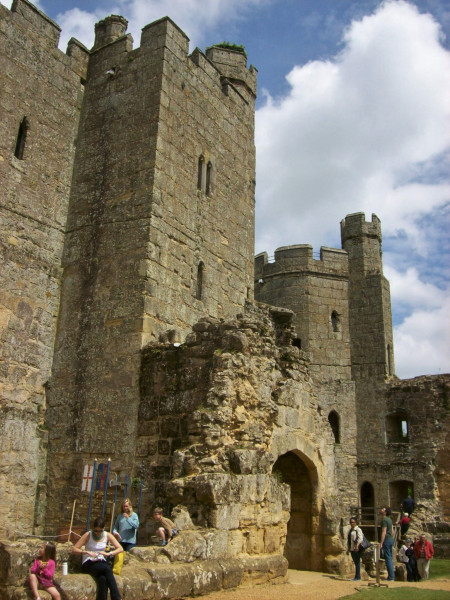 After lunch we escaped into the surrounding countryside  and I went and poked around in churches. Sandhurst has late medieval glass (see previous post) and Newenden (otherwise tiny and verging on insignificant) has a magnificent 12th century font. 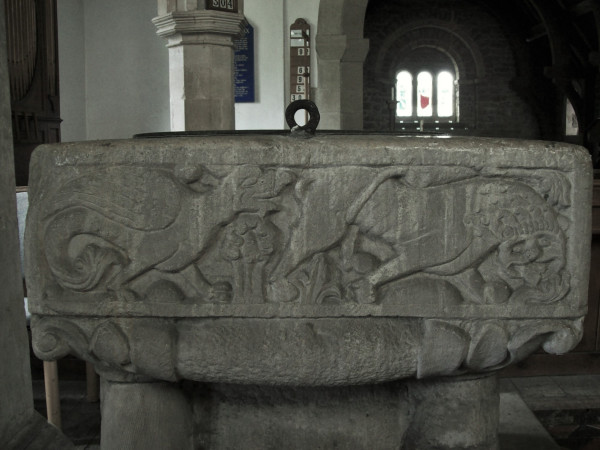 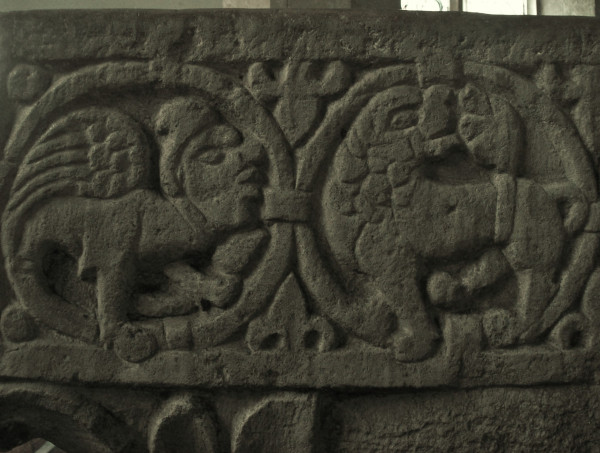 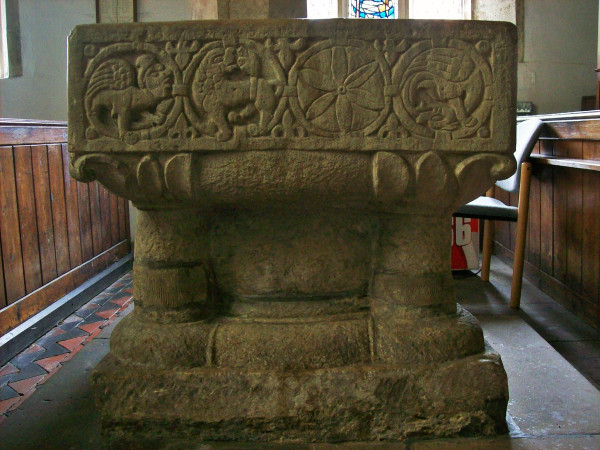 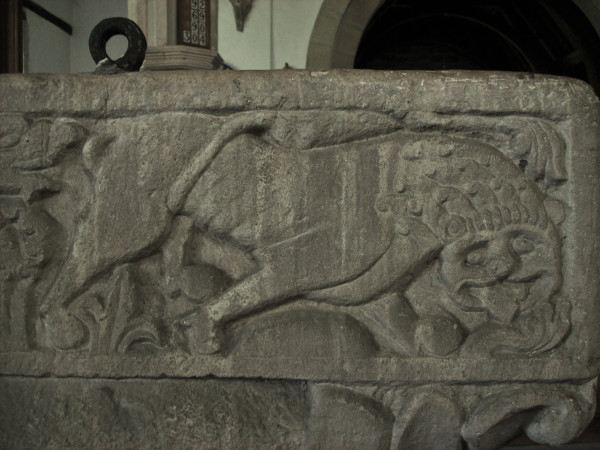