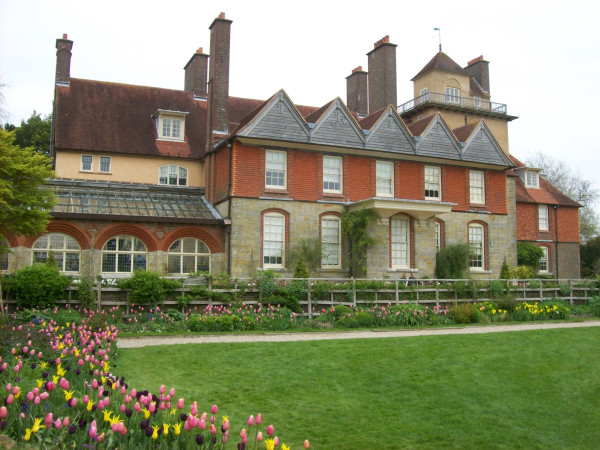 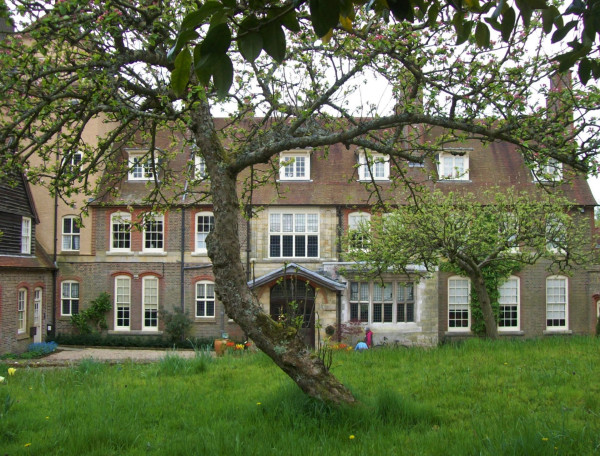 Built in the 1990s by Philip Webb for the Beale family, Standen is a little bit medieval, a little bit Queen Anne, a little bit modern and thoroughly Arts and Crafts. Fully furnished, there's hardly an object that isn't of the period and craftsman-made. For a blessed moment in the history of elite taste beauty has nudged aside ostentation. Nothing makes a show of itself, everthing- from the clavicord to the humblest pot- is asking to be handled- which is why there are notices everywhere saying, "Please don't touch." The fabrics are Morris and Co, the ceramics are William de Morgan- and so on. There are Japanese wood block prints. There's the cartoon for one of Ford Maddox Brown's Manchester Town Hall murals hanging on the staircase.

It's a friendly house, well lit, with lots of cosy alcoves. I found walking through it- though I know nothing about the Beales- a peculiarly moving experience. Love was hammered into the copper and silver, trapped under the glaze on the plates, carved and inlaid into the furniture, stitched into the hangings, present even in the little glass spirals that decorate the cords of the light fittings.  Alright, I'm being sentimental, but that's how it felt.

The garden was full of tulips- and blossom. A  hilly section  is in the Japanese taste, with stands of bamboo. You walk down hill and you're in Hollybush Wood, gazing at the bluebells. 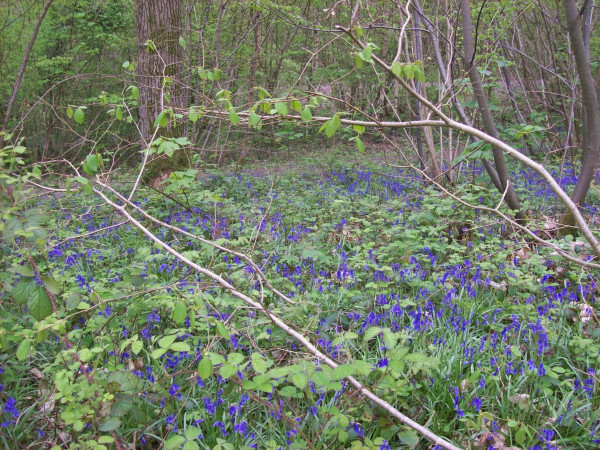 The Trust's managers have chosen to freeze everything- house, garden, furnishings- as if it were a weekend in 1925; the house has settled down, the garden is mature, there's a cat's whisker radio standing on a table.  Like most of the Trust's big properties, Standen has a secondhand bookshop tucked away in a corner and I found myself buying a John Buchan omnibus because the genius loci was telling me to.

This, I think, was Buchan's first thriller- written before The 39 Steps but not published until after that book's success. It introduces Edward Leithen- the lawyer and Tory MP who was to feature in four more books- including Buchan's last.

It's Ur-Buchan. A bunch of stalwart chaps, including, refreshingly, a pugilistic Labour MP - go up against an international criminal organisation headed by a recluse in tinted specs.  There's a great cat and mouse chase across central London. You think you're safe walking through Green Park in broad daylight? Think again.

Buchan is snappy and economical, a stylist- capable of doing a great deal with very few words. Conan Doyle lies behind him, Hammett and Fleming are waiting up ahead. This is a very short book- barely more than a novella. And lots of fun.
Collapse