At the big bait-the-party-leaders event on TV last night Ed Miliband got himself pushed into a corner and found himself declaring he'd rather see a Tory government than have to reach any kind of accomodation with the SNP.

Oh Ed, what are you thinking?

Because, realistically, the only way Labour is going to form a government this time round is with backing from the Nats- who look as though they'll be making a clean sweep of Scotland. So what happens after the election when the Tories are the biggest party but there's the option of forming a coalition of the left that would command a majority? Will Ed just hand Cameron the keys?

It's not just that he looks funny, or performs badly in public, it's that Miliband has been unable to make any kind of case for himself and his party. Why would anyone on the left vote for a man who would prefer to see five more years of Tory rule than have anything to do with another party of the left? Really he doesn't deserve to win.

I don't know why we bother with the weather forecast. Yesterday we were told to expect thunderstorms and what we got was one of the loveliest days of the year. We went to Hastings- and hung about on Rock-a-Nore road- where the cliffs of the East Hill loom up on one side and the Stade with its wooden net houses and beached fishing boats stretches down to the sea on the other. The new(ish) Jerwood Gallery occupies a section  of the road's southern side. It shows exhibitions of modern British art and has a very well-chosen core collection of its own. The current exhibitions focus on Scottish painters (among them the daring colourist Anne Redpath) and Edward Burra- who is the English Max Ernst only better.

We seem to have changed our minds. When we come to be looking for a retirement home it'll be Hastings at the top of the list. I've always been in love with Sussex, and now Ailz is too. 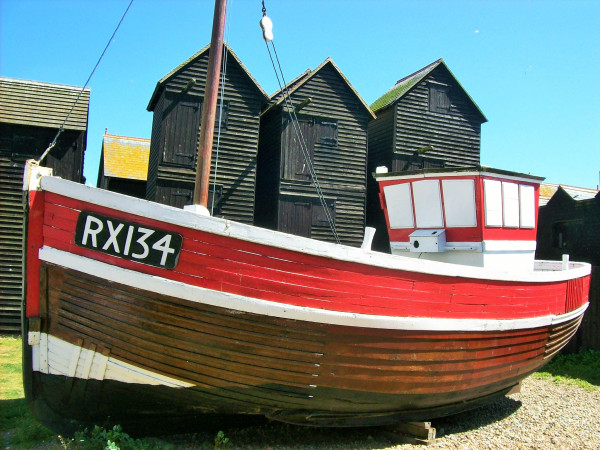 (The net houses were used by 19th century fishermen to dry their nets. They are unique to Hastings.) 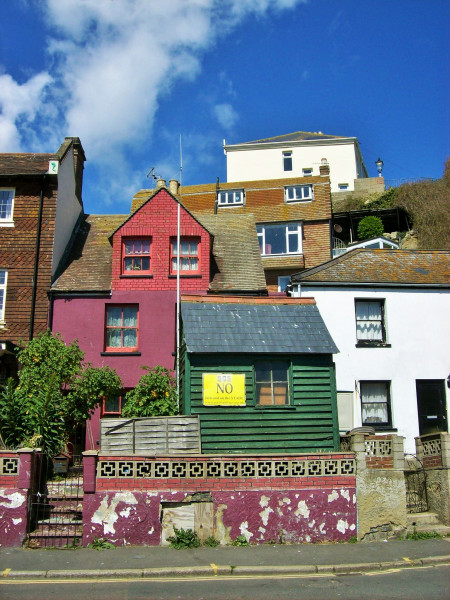 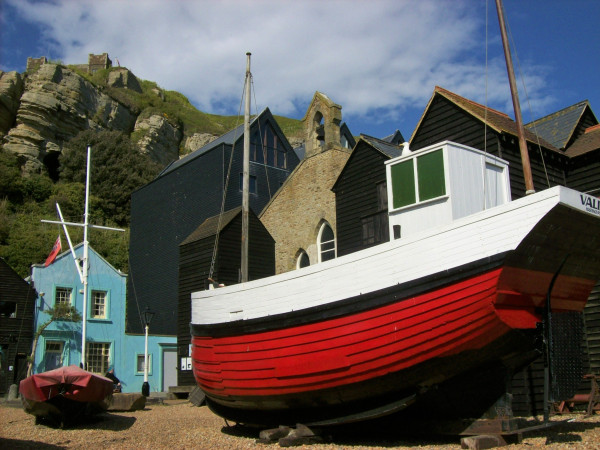