It took us less than two hours to get to Chichester. We went round the Cathedral, had lunch, dawdled and then came back the long way, stopping at Glynde for afternoon tea, and were still home for six o'clock.

Chichester was my first cathedral. Whn I was a kid we used to rent holiday homes on the south coast and take side trips. I remember one time they were digging up the cathedral pavement and I leaned over a hole in the ground and saw a stain at the bottom which was probably a medieval bishop. Later, when we were driving home I was protesting about having to have a bath that evening and my father shut down debate by saying I needed one after being around all those dead bodies.

Chichester is one of the smaller cathedrals but it has a remarkable collection of great and/or interesting works of art. The two Romanesque reliefs of the Raising of Lazarus have been put behind glass since I last saw them which makes them almost impossible to photograph. I crept up on them from every angle but there were always reflections. You can see them here. They are among the most significant sculptures of the period anywhere in Europe.

Ailz was struck by how many monuments there are to women- not just as wives and daughters- but in their own right. This is one of them. Flaxman (and he should have known) said the effigy was the best of its kind in England... 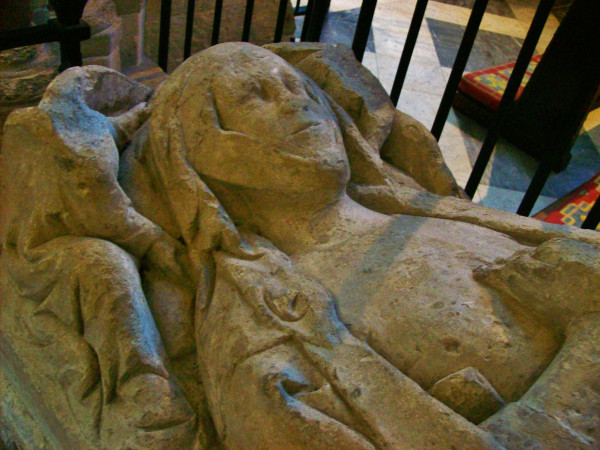 Her name is Joan de Vere. She was born in 1256 and died in 1293. The weepers round the catafalque still have traces of their original paint. 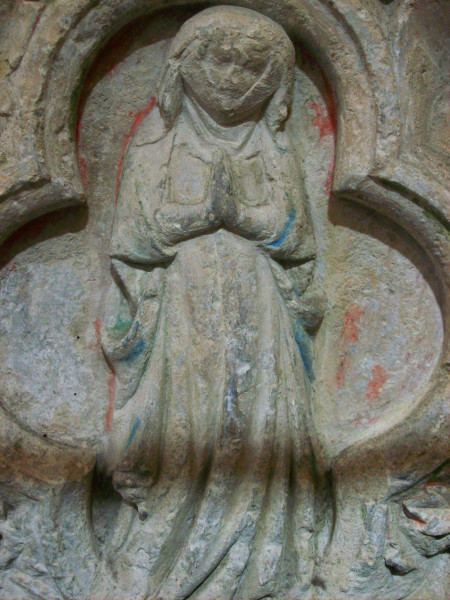 I didn't manage to take a decent picture of the "Arundel Tomb" that inspired Philip Larkin's poem, but (again) there are plenty out there on the net. The distinctive thing is husband and wife are holding hands- which is unusual but not unknown elsewhere.  He's stiff in his armour and she- all curves- is half turned towards him. They- along with Joan- were originally housed in Lewes Priory- and moved to Chichester when the Priory got buggered up by Mark Rylance Thomas Cromwell.

Talking about poets, Chichester has monuments to Henry King- whose Exequy is one of the greatest metaphysical poems- and William Collins, the almost but not quite forgotten proto-romantic.

The Tudor organist Thomas Weekes worked at Chichester- and right next to his monument lie the ashes of his admirer- Gustav Holst. 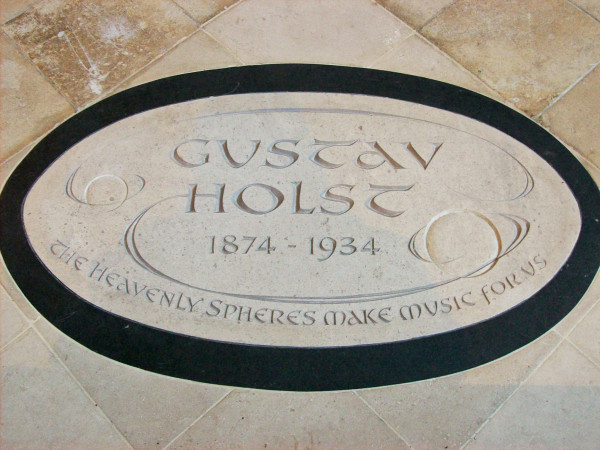 Chichester has a distinguished record of commissioning work from 20th century artists. There's a painting by Graham Sutherland and a window by Marc Chagall. 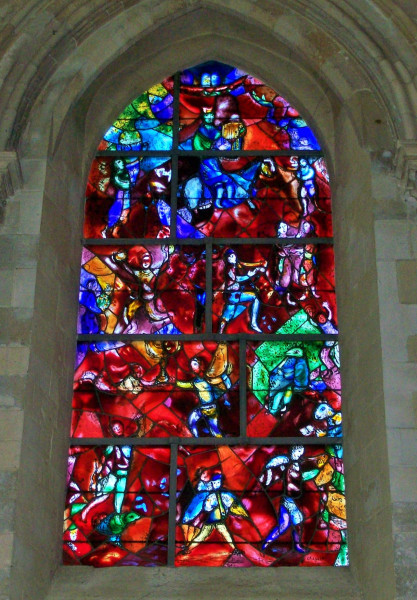 Before we leave, some architecture. This is the interior of the south tower. 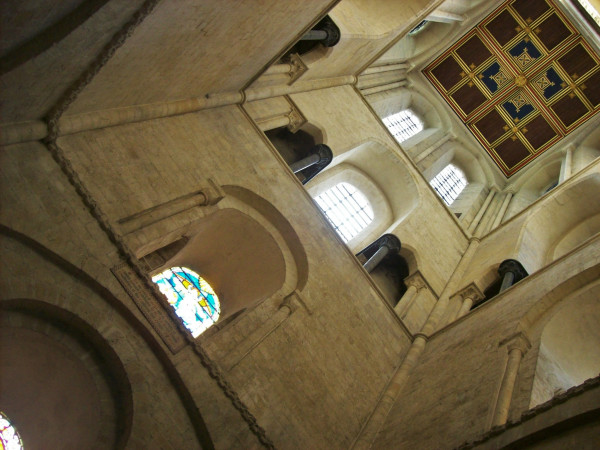 "Where there's an opera house there are bound to be tea rooms" I said. So we turned off towards Glyndebourne and I was right. Well, sort of: there's nothing at Glyndebourne itself but there's a lovely tea room- with home-made cakes and scones- at Glynde- a mile and bit down the road.

Glynde is set in the heart of the South Downs. This is the descent towards the village... 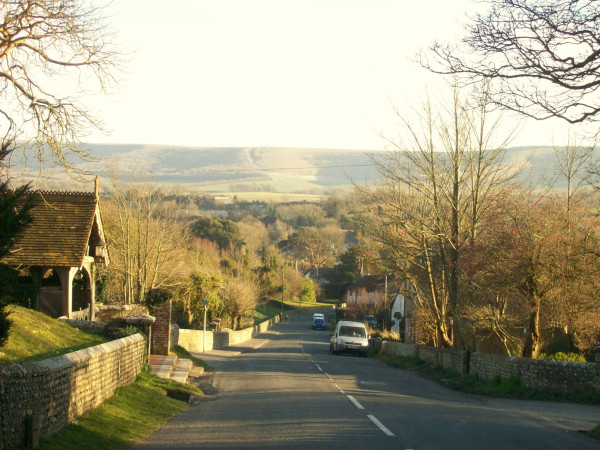 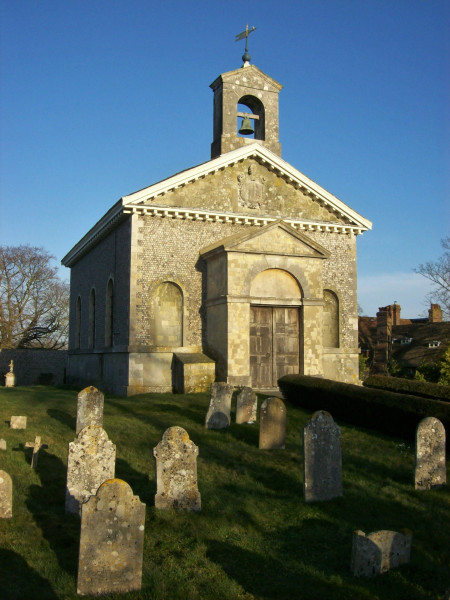 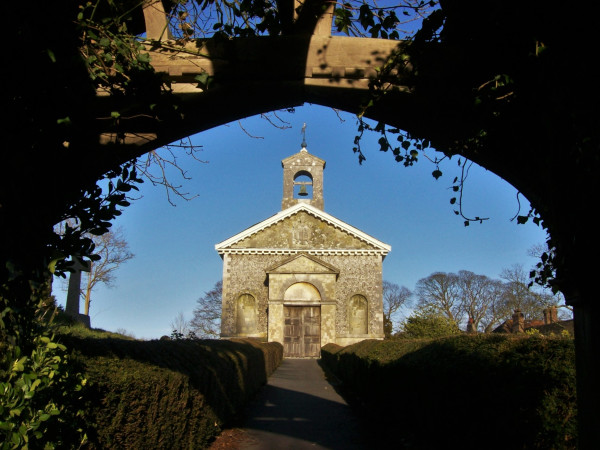 Next door to the church is Glynde Place- a Jacobean House that is open to the public occasionally, but not in early March. Here's the gatehouse. I don't think I'm imagining that the bell tower is a little skew-whiff. 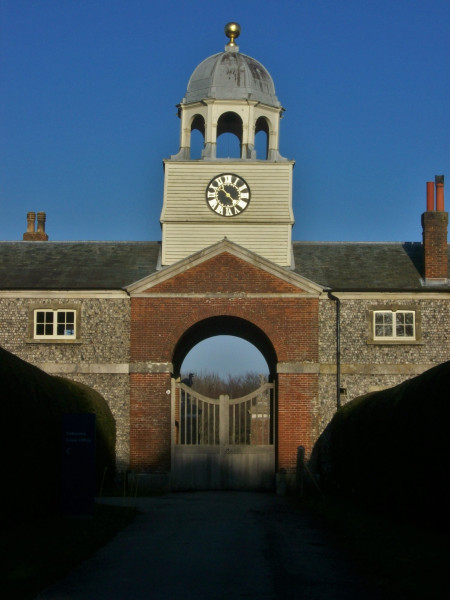