Hall Place is an old house- half Tudor, half 17th century- in the London Borough of Bexley, with a large garden and the A2 roaring past it on its southern side. During the Second World War it housed a unit of GIs whose very secret job it was to intercept German messages and sent them up the road to Bletchley Park to  be decoded by Alan Turing and his crew.  There was an exhibition about the GIs on the first floor- with bunks and desks and uniforms and photos and a little film- called Welcome to Britain- made by the Ministry of Information in 1944- as a "gift" for the Americans, which was shown to the troops before they were turned loose on British streets, advising them on pub etiquette and rationing (if you're invited into a British home don't put three teaspoons of sugar in your tea) and how it was inadvisable to laugh at Scottish soldiers in kilts and telling them that they might have to rub shoulders with black people because railway carriages were unsegregated.

Going back a bit, Hall Place (or whatever house occupied the site earlier) is where the Black Prince wooed his future wife- and his ghost has been seen, clanking about in full armour. There's a spectacular- if naive- 17th century plasterwork ceiling and some wonderfully ingenious topiary work in the garden.

Oh, and I know this won't impress Londoners but it was a first for me, we saw a couple of green parakeets flying wild. 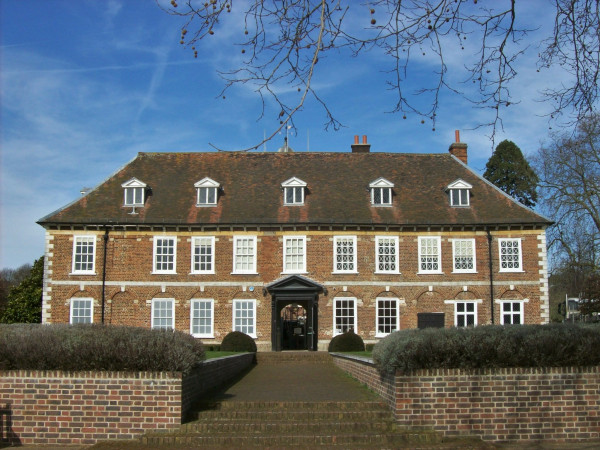 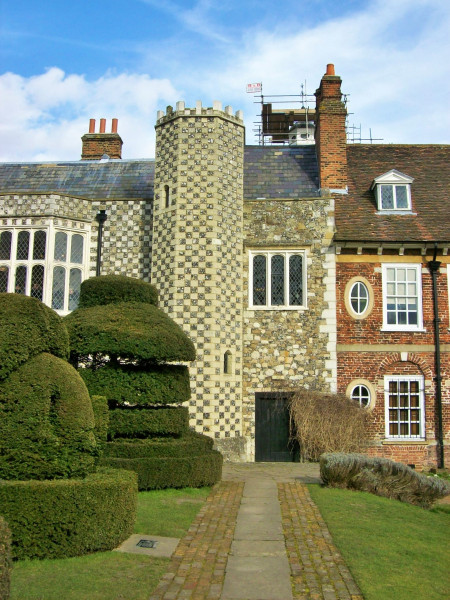 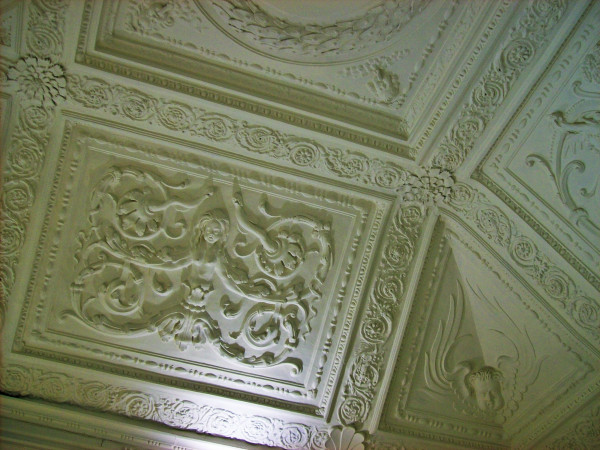