We had a very full agenda worked out for this trip and we'd gone through roughly half of it before the snow chased us out of the North West. Yesterday afternoon at 2 o'clock we should have been eating cake in Keith's front room, instead of which I found myself phoning him from the car park at Chepstow Castle.. Life at Versailles was very, very boring and most of the people were very very stupid. How do you make a film about this that is going to hold the viewer's attention?

Coppola chooses to tell the story (insofar as it is a story and not just a succession of gorgeous tableaux) as the tragedy of the king and queen- victims of a system they were too feeble to change. Well, yes, that's one way to doing it- but it isn't very interesting. Shoes are purchased, cakes are eaten, baby sheep are fondled. The people of France- whose story is rather more compelling- remain off-screen until the very end.

Someone- anonymous- broke into the royal apartments and smashed a chandelier. Oh the humanity!

Last time I was at Kilpeck I scrambled up the wooded tump at the back of the church and discovered there were bits of medieval wall in a clearing at the top. Since then the brambles and trees have been cut away and Kilpeck Castle has been exposed and can be read as the formidable defensive structure it once was- motte, bailey, outer earthworks, massy stone keep. King John was a visitor, the royalists held it, Parliament knocked it to bits. 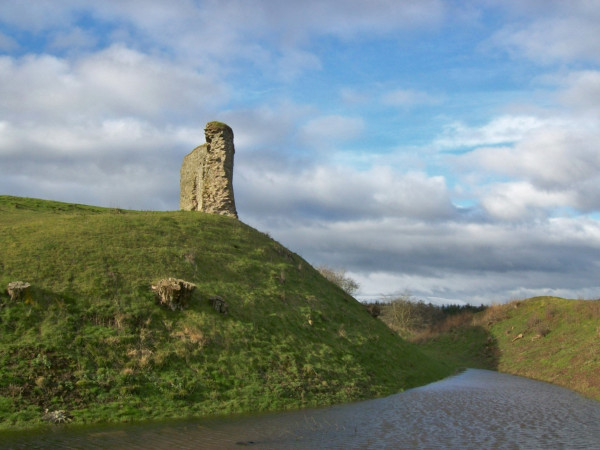 But one doesn't visit Kilpeck for the Castle; one goes for the church- which is a perfect- and virtually unrestored- little jewel-box of Romanesque architecture- featuring the finest surviving collection of carvings by the Hereford school of masons. 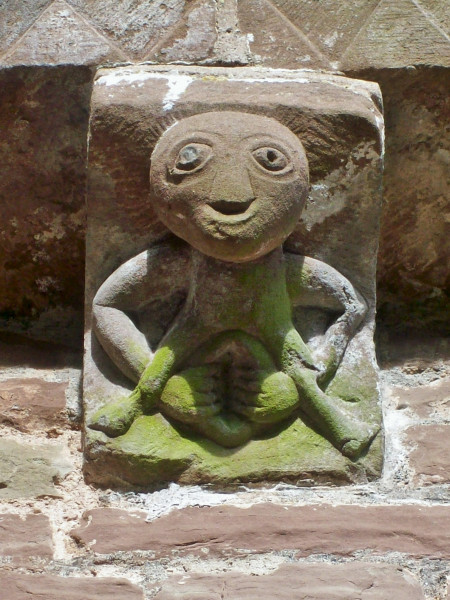 P.S. I had always thought the figure was bald, but looking closely at this picture- which takes you closer to her than you can get in actuality- it seems to me as if she has a kind of fright wig of sticky-out hair.
Collapse