The Victorians thought George Frederick Watts was a great painter- possibly the greatest of his age. Then with the coming of the 20th century he fell off his pedestal. And no-one has been able to put him back again.

Here's the case against him. He lacks humour and irony. He is wholly serious. He's hard to categorize. He's not French and there's no way he can be assimilated to the Impressionists. And- unlike the Pre-Raphaelites- he wasn't the least bit scandalous.  (It's interesting, by the way, how little one feels him as a personality. The portraits and photographs- the death mask even- show us a slim-fine-boned face,  unlined into old age, spiritual, bland, giving nothing away; if you want to know him it's the work or nothing.)

Yet he hasn't been forgotten. His most famous picture is the one called "Hope"- an image of a blindfold woman sitting on a globe, cradling a broken lyre. Nelson Mandela kept a copy in his cell on Robben Island. Barack Obama has said it's his favourite painting. The art world may have written Watts out of the history books but serious people still like him. No, that's an understatement, they don't just like him, they find him inspirational.

It was Watts's intention to supply an age that had abandoned organized religion with images to match its spiritual aspirations and yearnings. He avoided symbols  too closely identified with any particular creed. He is mystical, universalist, Emersonian.

Like other serious artists (like Picasso, like Turner) he stockpiled his own work - and the Watts Gallery at Compton, near Guildford, Surrey, is where the hoard is on show. His paintings don't reproduce well. A print can give you the idea but not the presence. Mostly they are darker than reproductions suggest,  but glowing with stifled fire and spattered with frisky little passages of glitter. Large forms rise out of darkness, shadowy faces- Diana kissing Endymion, Orpheus yearning after a collapsing Eurydice-  tease us to read them. The eyes of Death are cloudy, as if staring out from under deep water. Is he looking at us? Is he? Is he? The Minotaur has his back to us, but what we can see of his ugly, gibbering face, suggests a terrible sadness.

Watts is a great painter. I've always suspected he was. Now I'm sure of it.

Just down the road from the Gallery is the Watts memorial cemetery. Watts's wife, Mary- an artist in her own right- designed the mortuary chapel and then had it built as a community project- training anyone who was willing- students, friends, local people- in the crafts of ceramics and gesso. It's a large-scale work in the jugendstil (though Mary Watts is unlikely to have used that word)- unique in England- encrusted with ornament inside and out and channelling George Frederick's spirit in its monumentality and mystery. As he pushed painting to the limits of what it can express-  even to the edges of abstraction- so his wife pushed architecture. 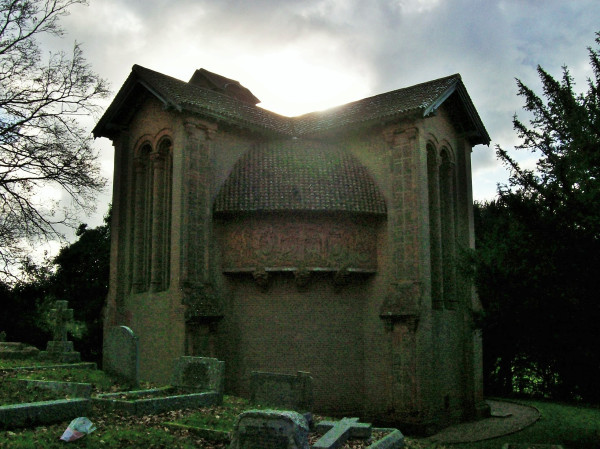 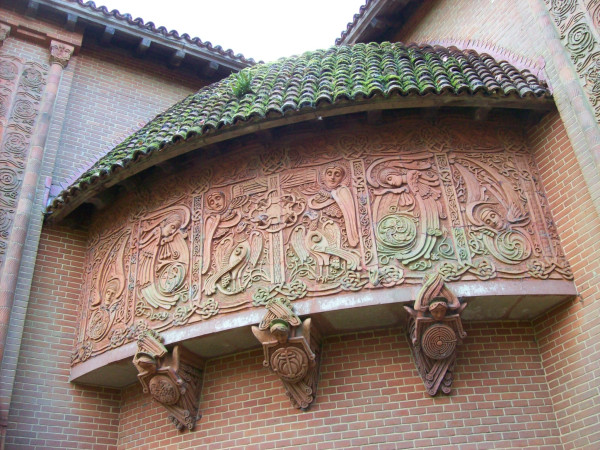