Ailz spent twenty minutes in Newark about thirty years ago and wanted to take another look. First time round she hadn't got to see the castle. It was a Royalist stronghold- one of the last to fall- and the Parliamentarians gutted it but left much of its rind intact. We stayed the night at an Indian Restaurant with rooms attached. The website said bed and breakfast but the bit about breakfast was a lie.

I read a translation of Rilke's first Duino Elegy in the hotel. I want to get a handle on Rilke. All that business with angels is where I want to be right now.

We'd aimed to stop off for a cup of tea in Grantham- famous for Mrs Thatcher. I trotted round the church- which Simon Jenkins says has the finest spire in England- but we couldn't find a parking place in the town centre-which looked dull anyway- so we carried on down the road into Melton Mowbray- famous for pies and Stilton- which is much jollier. I came across this wonderfully preserved young person in the church. It's not often you find an alabaster effigy that hasn't been Killroyed by generations of bored choirboys. I understand she's a 14th century member of the Brandeis family but time, that thief, seems to have walked off with her name. 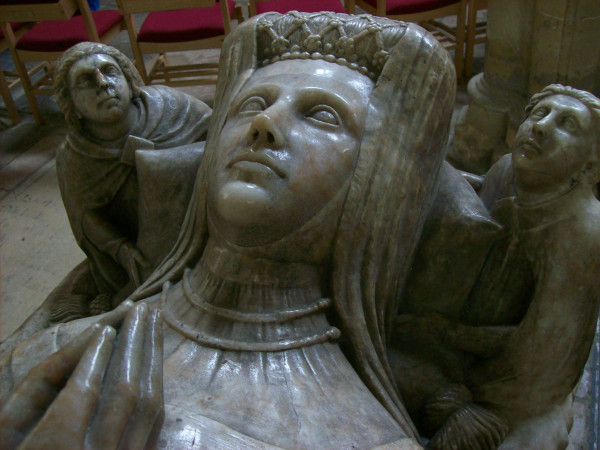 Then we went to Leicester to see Alice and Jaymz and Ivy. We handed over black and orange Halloween balloons and a witch's outfit. 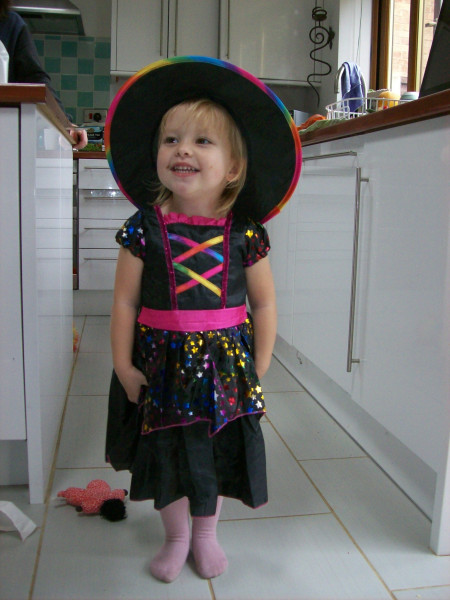 As usual the M25 was a succession of queues and congestions .

And here we are again. Barbara the carer is in charge and I'm letting her carry on as she chooses (which includes having the radio on at breakfast- Gah!) because it's easier for everyone.  I wished my mother "Good morning". And she turned to Barbara once my back was turned and asked her who I was.
Collapse