Mike and Su-Young are now living in North London- which is rather closer than Tokyo. They came over for lunch yesterday.

Su-Young has been reading Dickens; she loves him. I said, "We'll have to show you Rochester, then!" 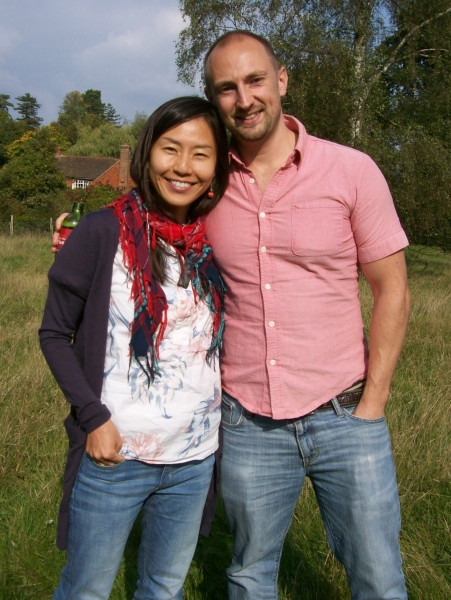 Su-Young's colleagues back in Tokyo are jealous that she's managed to swing a transfer to the company's London office because- well- London is still the capital of the known universe, innit!

Back to Thames Ditton.

This is Cesar Picton's House.

Picton began his life as a slave in Africa and ended it as an English gentleman. He was purchased as a child in Senegal in the 1750s and given- along with a parakeet and a "foreign duck"- to the Philips family of Norbiton- with whom he lived as one of those cute little turbaned pets you see in18th century portraits and later as a trusted house servant. When his employers died he used a legacy of £100 to set himself up as a coal merchant in Kingston-upon-Thames; the business prospered and he died wealthy- at the approximate age of 81- in 1836. 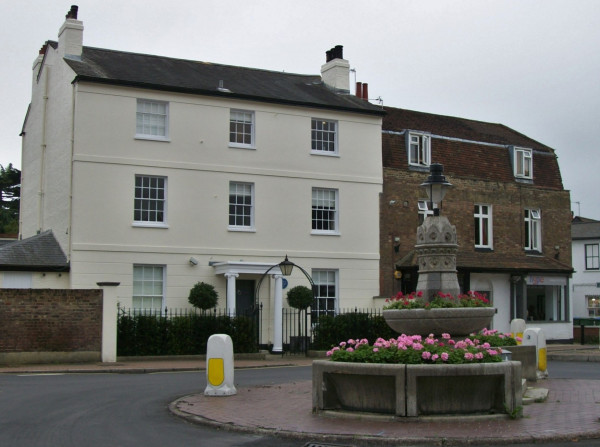 "Imagine," says Stephen Glover in the Mail, "the response on the Left if a Right-wing novelist- not that there are many these days- imagined and appeared to endorse the assassination of past Labour figures such as Michael Foot and Tony Benn. Why there would be an uproar and the poor novelist would be torn limb from limb."

An uproar- just as is happening over Hilary Mantell's Thatcher assassination story? Yes, exactly like that.

Actually, I'm trying to imagine it and failing. No figure on the Left is as divisive and iconic as Thatcher was and continues to be. She has an era and a political philosophy named after her. Foot and Benn have neither.  Foot was a place-holder leader of the opposition, Benn a political misfit who morphed into a national treasure. Foot is almost forgotten, Benn will be forgotten in a decade. They are historical footnotes- and it's hard to imagine anyone shooting them or writing about shooting them or kicking up a stink about a story in which they get shot. The only Labour figure who matters as much as Thatcher is Tony Blair- and the Left hate him as much as- if not more than- the Right.

Also the Left doesn't have a rag like the Mail at its disposal to confect outrage on its behalf.

I've read the story. It's not implausible. A middle-class woman, a little like Mantell, has her flat taken over by an IRA sniper with designs on Thatcher- and choses to assist him.  It's both a thought experiment and a valid fictional reflection on a particular time. Yes, people hated Thatcher enough to want to kill her. That's an historical fact. Glover and his lot seem to want to rewrite the record and have Thatcher's memory be nothing but flowers and fruit.
Collapse