This year spring came early, summer came early and now autumn is coming early too. The plums have all ripened and either rotted on the tree or been eaten. I was picking the first apples three weeks ago. The trees are turning. This morning- though the sun was shining- there was a quite unsummery hint of frost in the air.

Dead wasps have been accumulating in a corner of my mother's bedroom. I swept them up and wondered how they were getting in. "Didn't the carer tell you?" my sister asked. It turns out there's a nest in one of the built-in cupboards. Ah. Well, that's easily dealt with. Pump in the "Raid" and seal up the door with duck tape.

Ailz and I were both feeling jaundiced yesterday (our day off) so we ventured no further than Tunbridge Wells. Just being out of the house revived us- because it's enervating to be cooped up with a very old person all the time and having to conform to their pace and their routines. We parked up at the cheaper end of town- where the geek shops and the junk shops and the electric cigarette shops are; also the mosque; and had lunch in a cafe run by Eastern Europeans. We went through the charity shops- and I bought a couple of books and a couple of CDs and an early 19th century engraving of Maidstone gaol. I seem to be starting a collection of old topographical prints; no-one else wants them and they can be had for a song. 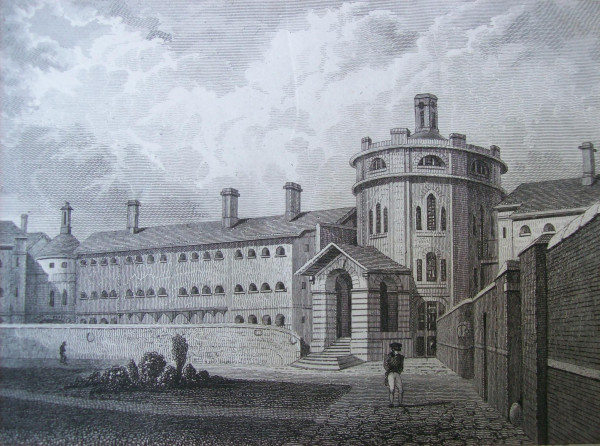