...There's a bloody war going on in Ukraine which Western media- currently obsessed with the downing of the Malaysian airliner and the other war in Gaza- are barely reporting. The City of Luhansk in the Eastern- rebellious- part of the country- is currently under bombardment by the forces of the Ukrainian government which- because they favour EU membership- we've cast as the good guys. There are reports that 250 civilians have been killed.

In this morning's Mail on Sunday the ever-contrarian Peter Hitchens notes that the Ukrainian army- which was a shambles a few months ago- is now winning battles. He wonders if it's receiving outside help- and if so from whom.

Wouldn't it be ironic (given the outrage that's being ramped up over Russia's alleged meddling in the war) if it turns out that actually...oh....never mind... 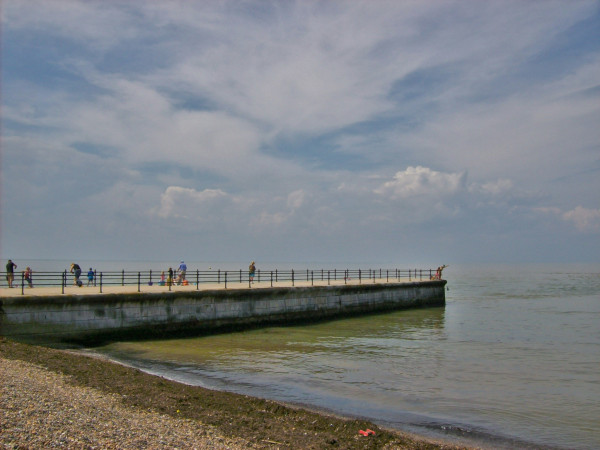 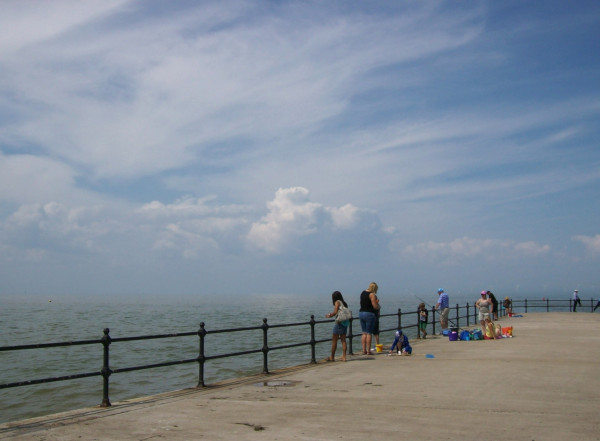 Hampton Pier- and the pub behind it-  is all that is left of Hampton-on-Sea- a settlement of oyster fishers about a mile to the west of Herne Bay. Coastal erosion caused the last houses to be abandoned in 1916. Its most famous resident was retired policeman Edmund Reid- who was in charge of investigating the Jack the Ripper murders. He championed local causes, cultivated a reputation for eccentricity and sold refreshments and souvenirs- including postcards of himself- from a booth behind his house.

I've been inserting this as cushioning between jagged chunks of Hardy. It's charming, whimsical- but saved from over-sweetness by Grahame's understanding of the otherness of children. Also- unlike The Wind in the Willows- not only does it have girls in it- but they're given stories to star in. I've been asking myself all through whether Grahame would be remembered if it weren't for The Wind in the Willows and I think the answer is, yes, just about. He'd be a niche writer, a cult writer, but he's just too interesting and writes too beautifully (if ornately) to have completely disappeared.
Collapse