Ailz turned the heating off last night- because it's midsummer and we don't need the radiators on- and the weather changed and it's been raining and blowing hard all night. The wind tore a lot of leaves off the trees. We had an early spring this year and it looks as though we'll have an early Autumn too. Some of the trees are already turning. 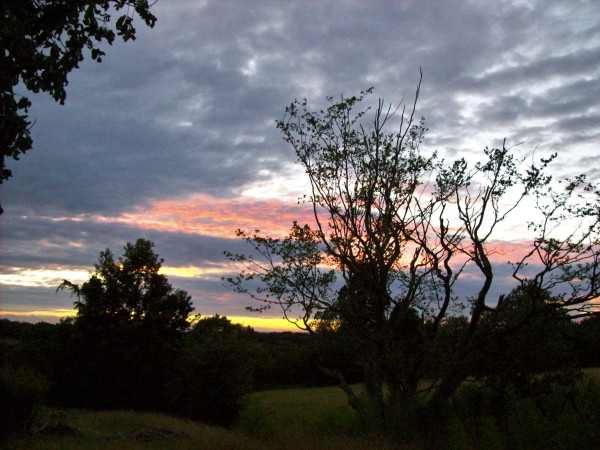 There are two Thomas Hardys- a 19th century novelist and a 20th century poet. I'm reasonably familiar with the second but the first I've ignored. I read Tess at an age when reading it was a chore and I've never gone back

We were in Wessex and I bought a boxed set of the novels in a charity shop because the price was bonkers.

I've started with one of the less famous ones. The Trumpet Major. So no preconceptions, no misleading images from the movies, no memories of teenage boredom to over-ride.

It's the early 19th century, Napoleon has an invasion fleet waiting in Boulogne and it's just like 1940- right down to the Dad's army brigade of farm workers being drilled by a sergeant who's been in uniform for three weeks and has to keep referring to his notes. Three rather silly young men are in love with a rather silly young woman. But then everybody in Hardy is rather silly; it's the human condition. The tone is mainly comic, but Hardy has the knack of switching the emotional register and catching us off guard with a sudden profundity.  The silly young woman stands on Portland Bill watching the ship carrying her silly young lover pass slowly- so slowly- beyond the horizon- and the name of the ship is Victory and it's going to Cape Trafalgar.

This is a typical Victorian novel in some ways- and yet fidelity and moral seriousness are not rewarded while sexiness is. Life is full of little ironies. People pass, landscape looms, time stretches out to eternity in both directions. Towards the end of the story we catch a glimpse of men stripping back the turf on the side of the hill at Osmington to create the great chalk image of George III which is still there... 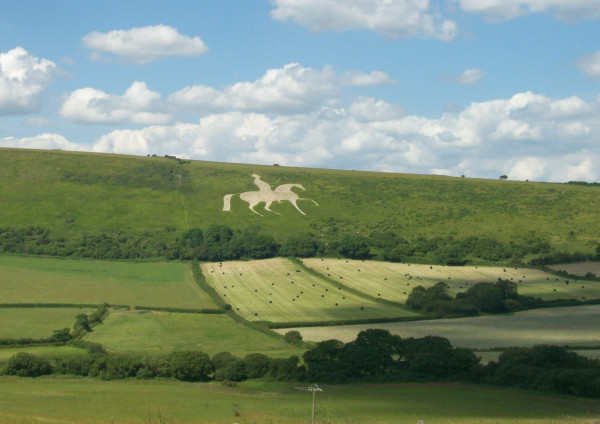