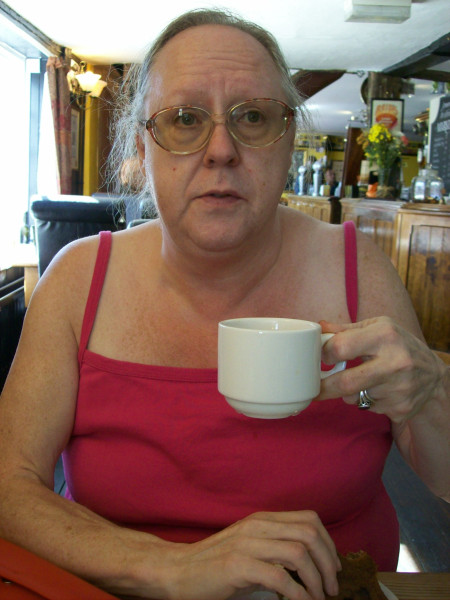 This is Ailz in a pub in Sandwich. Not eating a sandwich, Eating a slab of bread pudding instead.

You know how the sandwich got its name, right?

The Earl of Sandwich was a mad-keen gambler and couldn't bear to leave the gaming tables to eat, so he ordered a flunkey to bring him a slice of meat between two hunks of bread. Voila.

In the car going home we had this conversation.

Ailz: "But he didn't really invent the sandwich, did he? people have been eating things on bread since forever. The ancient Egyptians etc...etc...

Sandwich, btw, is a lovely town. It used to be a port on the River Stour and then the sea moved away- as it tends to on this coast- leaving Sandwich so pointless that no-one bothered to spoil it.  Earlier we were in Broadstairs where Dickens used to take his sea-side holidays. Broadstairs is unspoiled too- a perfect little Victorian watering place, built round a bay. That placid, grey blue sea it looks out on covers the Goodwin Sands which have killed hundreds upon hundreds of ships.

Here's a picture of Broadstairs. the house on the hill with the castellations is where Dickens used to stay. It's called Bleak House. 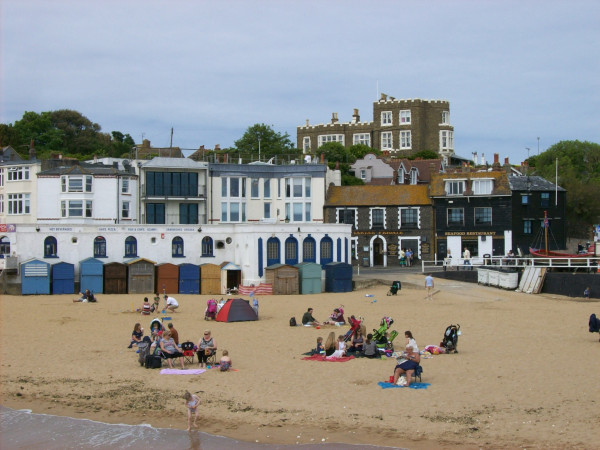