"At last did come both mist and snow".

Sorry, that's misleading; we don't have any snow. I'm not even sure I've got the words entirely right. It's just that I woke up this morning, looked out the window- and ever since I've had that line going through my head.

This morning's frost is heavier than yesterday's. The mist is heavier too. I had to put my glasses on before I could pick out the sheep from the ambient whiteness.

Yesterday's mist cleared from the hills in the course of the morning, but when we drove into Paddock Wood in the afternoon all the cars we met had their headlights on- which seemed weird in the sunshine- but then the road descended and- round about the point where it passes Siegfried Sassoon's old house- plunged into a mist so thick it might even be classifiable as fog but not so thick we couldn't see the sun. The sun was silver.

We'd gone into town to take Christmas stuff to the Post Office. So far as I'm aware that's us finished now. Everything that needs sending off has been sent.

My mother has barely started her Christmas preparations. She'll say she's worried about it but when we say, "Right, we'll take you to Marks and Spencers" she'll say, "Yes, I see" which means "Let's drop the subject."  Ailz drew up a list of people to whom she might like to send Christmas cards and she'll glance at it, then pick up the newspaper again. We could take her by the scruff and frog march her to the shops; we could write her Christmas cards for her- but that seems like missing the point. She's not incapable of taking an interest, she's just choosing not to. And why should she? When I'm 92- if I ever get that far- I don't expect to give a tu'penny damn about Christmas either. 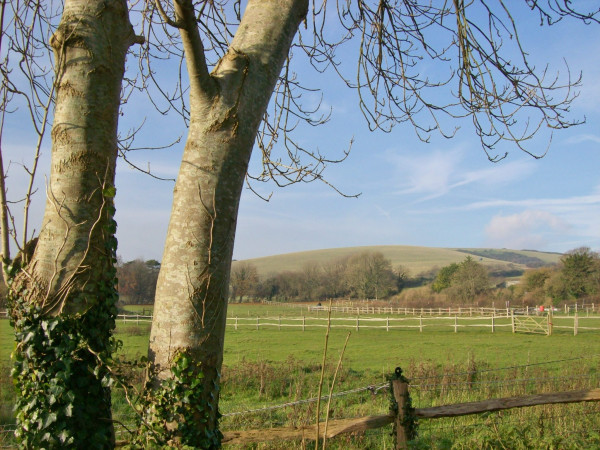