William Cavendish was a Civil War General (gallant but incompetent), a poet and playwright (not very good), an amateur architect (partly responsible for the delectable Bolsover Castle in Nottinghamshire), a playboy ( a great pouncer on housemaids), an ur-feminist (married and devoted to the extraordinarily eccentric Margaret- author of the first SF novel in the English language) and a horseman (the world authority on what we now call dressage, who, had he been around today, would have been weighed down with Olympic gold). It was a big life- and Worsley uses it as the peg- or series of pegs- on which to hang an entertaining social history- which tells you all you could possibly want to know about what 17th century people of all classes ate, wore, smelled like and all that kind of thing.

I don't remember what the Ashmolean used to look like but it's recent prizewinning refit turns it into a generic early 21st century exhibition space- with as much natural light as can be mustered, a dramatic stairwell with glass at the top, and acres of white emulsion. It's the Future as the 1930s foresaw it. The collections, of course, are first rate- as if the British Museum and National Gallery had been mixed together and rendered down but without any loss of quality. The Arundel collection of classical marbles is tremendous (if you like that sort of thing) and there seems to have been a tradition of Oxford-trained archaeologists (Arthur Evans for instance) sending prize loot home to the Alma Mater. I counted two Titians, as many Tintorettos and a big gloomy Poussin of the Abandonment of Moses that requires close attention. (Poussin is the quietest, most poetic of painters). Uccello's Hunt by Night is rare and fabulous and one of the great paintings of the world. Judy says I'd have found a stuffed Dodo if I'd have looked hard enough, but we only had time to breeze round a couple of floors. The ground floor cafe serves excellent roast beef sandwiches. 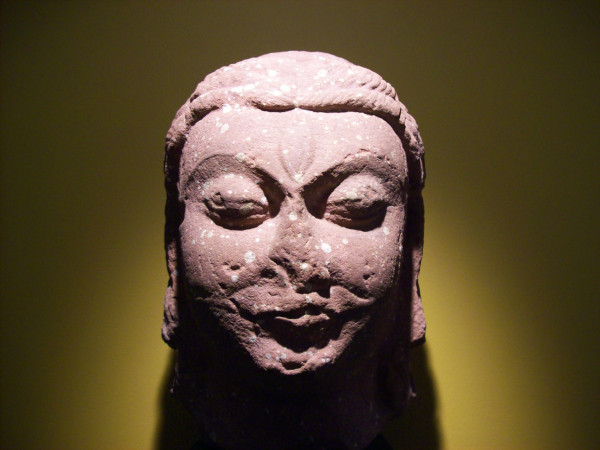