The day before yesterday we drove 250 miles. It's a hard slog- especially when you're in a hurry to arrive at your destination and you do it all by motorway. When we return to Kent we're hoping to spread the travelling out over a couple of days

Yesterday I caught myself referring to my mother's house as "home". I've done a lot of adapting over the summer.

While Odi and Ailz were in theatre yesterday I went for a walk. The Women's Hospital is in a part of Liverpool to the north of the Anglican cathedral where the grand old early 19th century terraces are still intact. It's like Bloomsbury- but even quieter. Domestic architecture in Britain reached a pitch of perfection in the period we loosely call Regency.

What a handsome city Liverpool is. 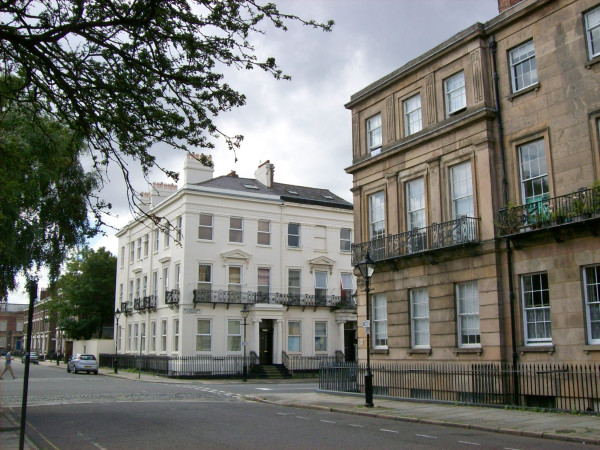 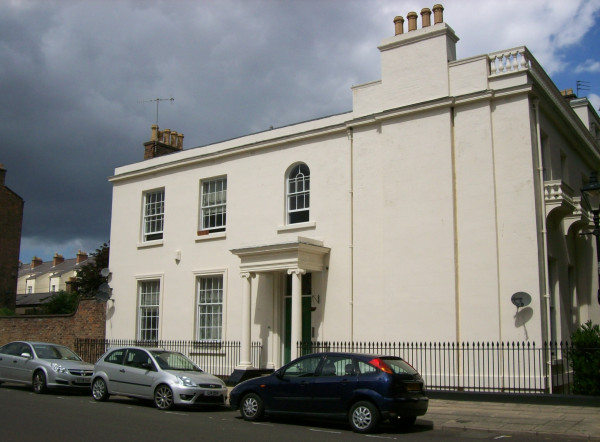 Ailz's mother was extremely unpleasant about us spending time with Odi when she thinks we should have been spending it with her. It's as if she was trying to provoke the rejection she fears. "Odi", she says "Is nothing to you." Something is going to have to be said (I suppose).

When we're at home/my mother's house my mother controls the TV remote and the things she watches are rarely things I'd choose to watch, so I've gotten into the habit of not bothering with the TV at all. Last night- at teatime- Ailz suggested we turn the thing on and I said I'd rather not and she agreed.  I mean to say, who needs the BBC News? It's all lies and distraction and propaganda.

Right, so we're home. Now what?

I was keen on coming home for a whole week because I thought we'd need that much time to get things done- but now we're home I'm wondering what it was I thought we needed to do.  We came up for Miguel's birth and that's all we ever had planned.

Ailz spent the morning with Dot- who was in a goodish mood. I emptied a bookcase- distributing the books around the house- with a view to taking it down to my mother's to hold our purchases. I made a chicken casserole for lunch, using peanut butter to flavour and thicken it- the way Odi does. When Ailz came home we went to Wyndsor's- just up the road to buy footwear. I bought sandals, Ailz bought sandals and slippers.

The heatwave continues, only now there's cloud and sultriness and the occasional downpour.
Collapse