The moles are digging up my mother's lawn and she's called in the moleman. I wish I could warn them.

I picked what is almost certainly going to be the last of the rhubarb. I stew it with root ginger and muscovado sugar and serve with cream. The gooseberry crop was paltry. There seem to be a lot of currants on the bushes.

I nearly wrote a post about what a boring, inartistic player Serena Williams is and how she only wins because she's so brawny and then Lisicki dumped her out of the tournament. I didn't see that coming.

There are lots of ways to get from Manchester to West Kent- and we like to ring the changes. The day before yesterday we found ourselves on a stretch of the A14 we'd never traveled before which runs past the Naseby battlefield. Like all the other battlefields I know Naseby is a very quiet place- but perhaps only because it's in the back of beyond (Most major cities are also battlefields- though we don't think of them as such- and they're hardly quiet.) The memorial obelisk, erected by a local family called Fitzgerald in 1823, has a long, scrupulously fair-minded inscription which advises kings against tyranny and subjects against disobedience. 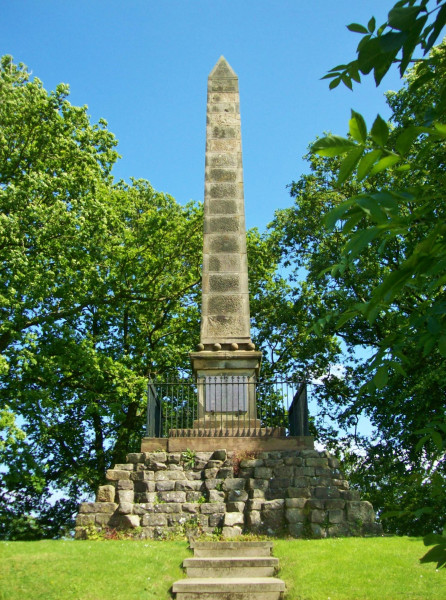