Before there was Wikipedia there was Everyman's Encyclopaedia.  My mother has a copy. It doesn't continuously update itself but otherwise it's perfectly serviceable. if you want to know- say- whether Malaga is a city or a province it'll tell you.

i used to wonder how we managed before there was an Internet. Now I remember.

My mother is bright and cheerful. It's just her legs that don't work.  We could hire professionals to live in and look after her at enormous expense or do the job ourselves. We've opted for the latter.

Life's a bit slow down on the farm. My mother has a routine that is not our routine but we'll adapt to it- or die trying. Since we're going to be living with her most of the time we need to import some home comforts. The rabbits for starters. My mother has several sheds she doesn't use and I've cleared one to house them. Also- in spite of the excellence of Everyman's Encyclopaedia- we're arranging Internet access. 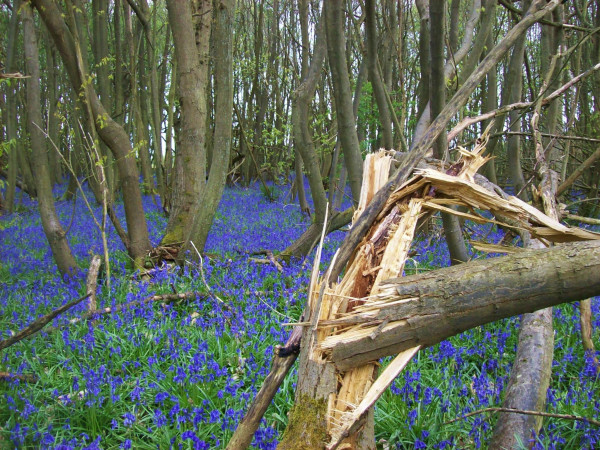 My mother's house is isolated. If you want to get off the premises you need a car. Last Sunday (I think it was) I went for a walk down a footpath I'd not noticed before, hoping it might lead to shops. It didn't. It went round in a circle but on the way it took in this little bluebell wood. 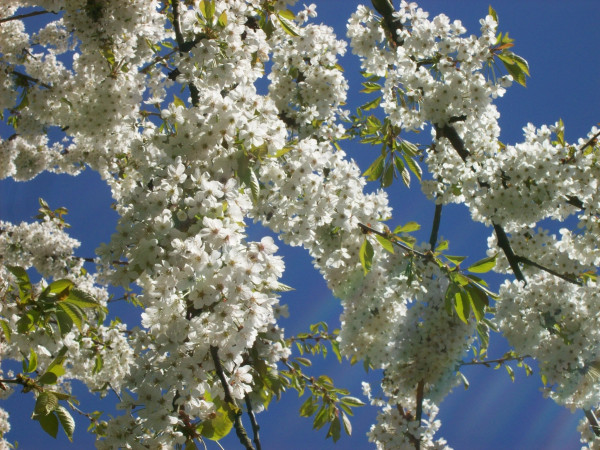 My mother has some lovely mature trees on her property. This wild cherry is one of the loveliest. As I was taking its picture I noticed a tiny sickle shape drifting towards a cloud. That can't be the moon, I thought; it's the wrong way up and it's the wrong time of day. It was a hang-glider. It must have come off the North Downs two or three miles away and then ridden the thermals until it was all but out of sight. 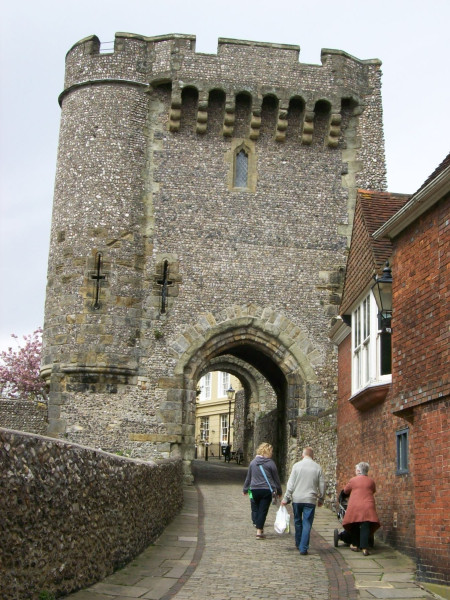