Ugly building, the Sistine Chapel; really just a shoe box with paintings on the inside. As for Michelangelo, was there ever an artist who got so far on so little? He couldn't do landscape, he wasn't interested in light or texture, he had no grasp of perspective. All he was good at was bodies- and, when it comes down to it, only one kind of body- male, fit and bulging with muscles. Even his (very few) women have muscles. Even God does. Look at the Creation of Adam again with eyes unprejudiced by art history. What do you see? Two Schwarzeneggers touching fingertips.

Michelangelo exposes what was really going on in the Counter-Reformation. These paintings aren't calm assertions of an historic faith. They've been spooked by Luther. They flail, they flaunt, they over-assert, they panic. My God has a bigger dick than yours. Also they're in denial. It never ceases to amuse me that a Church that stigmatizes same-sex relationships should elect its supreme leader in a room full of eroticized male nudes.

Michelangelo, Leonardo and Raphael- the holy trinity of Renaissance art: that's what we've been taught.  And why?  Because Vasari said so.  But suppose the first great history of Western art had been written by a German instead of an Italian. How does Durer, Cranach and Holbein sound? 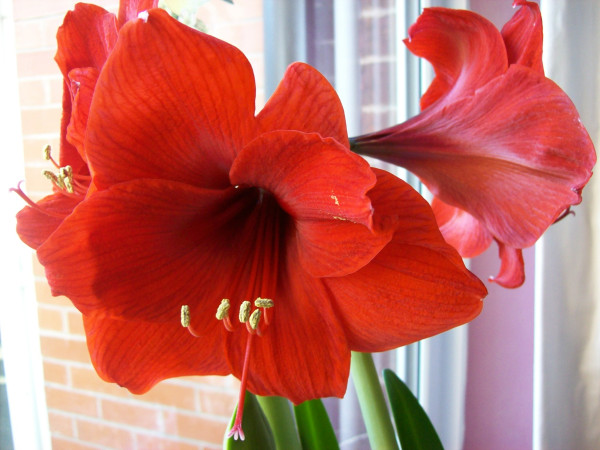 Those of you with long memories may remember we acquired an amaryllis on Freecycle. It is now in flower.
Collapse