Eric used to buy clothes for fun. His drawers are full of things he never got round to wearing or never wore more than once or twice. Ailz, who has a not dissimilar build, is taking some of his ski-pants and cardigans. They'll do for wearing round the house in winter.

Talking about keeping warm,  I now qualify for the Winter Fuel Payment. The DWP sent me the application form and I filled it in and posted it back to them yesterday.

Norfolk gets overlooked. It's not on the way to anywhere else- except Holland. In the Middle Ages it prospered through its ports. It doesn't anymore. There's money about, but it's sleepy money-  money in retirement- money being used to ease people comfortably into the next world.  People go to Norfolk to shoot birds (the Queen does) or chug about the Broads in flat-bottomed boats, stopping off regularly at canal-side pubs. The seaside resorts are charmingly old-fashioned. Foreign tourists don't make it to Norwich the way they make it to other historic cities. Going to Norwich involves a dog's leg detour from the direct forthright. Turn east at Stratford and drive for hours. Who can be bothered with that? Why not just carry straight on to York and Edinburgh?

Norwich cathedral is one of our finest. There's a belief about that the Roman arch prevented the medievals from building high. That's rubbish. Norwich is Romanesque and goes up and up. The thing about the Roman arch is it has to be massive to support the soar, whereas Gothic arches can be slender. Personally, I like the honest gravitas of the Romanesque. There's no mystery about the way it gets a weight of stone to hang in the air. The Gothic, by contrast, is a conjuring trick. It pretends to turn stone to gossamer. I go ooh and ah at a Gothic nave- the spindly columns, the great expanses of glass and air- but its too clever and theatrical to stir my love.

Norwich has a Romanesque frame supporting a traceried Gothic roof. The sweetest of combinations. You find the same thing at Tewkesbury, but there you can see the joins and here the development seems organic. The cloisters at Norwich are Gothic and the most extensive in England. The roof bosses here and in the main building are stupendous. Bosses rarely appear in histories of art- perhaps because it kills your neck to study them- but they should. If bosses were panel paintings we'd be going on about Norwich housing the greatest collection of late medieval art in Europe.

The city of Norwich has more medieval churches than any other. There was a plan to demolish some 30 of them in the 1950s but a bunch of amateur enthusiasts, including the poet John Betjeman, shamed the authorities into backing down. Now they serve all sorts of functions- both sacred and profane. St Peter Parmentegate houses a school of Tae Kwondo.

Venture out into the Norfolk countryside and the medieval churches continue. Most of them are skinned in flint and a great number of them have round towers. I have to admit there's a certain sameyness. But just when you think you've seen it all, one of them will spring a wonderful surprise. St Mary, Wroxham- otherwise Victorianized almost to death- has a Norman doorway which Pevsner characterised as "barbaric and glorious". It would have been worth the 600 mile round trip if it had been the only thing we saw.

The last thing on our itinerary was the shrine of Our Lady at Walsingham. We didn't go there for the architecture. We went for the atmosphere of what was and is the premier Goddess shrine in England. Ailz was put off by the girl in the nave (her status was unclear) who was lecturing a bunch of people about Jesus before asperging them with holy water. I blocked her out. The Holy House (rebuilt by an Anglo-catholic priest in the 1920s) is all glimmery with tea lights in coloured glass jars and smells sacramentally of hot wax. In my early twenties I wrestled my demons here. I thought I was dedicated to Jesus when it was his mother I was in love with. The votive image is tasteful- as close a reproduction as is possible of an original that went on the bonfire  at Smithfield in 1538 - and- apart from a few details of costume- indistinguishable from the standard icon of Isis and the infant Horus. I don't worship gods anymore but I enjoy their company. The holy house is studded with little bits of masonry from dissolved religious houses. I located the one from Glastonbury Abbey. The book I'm reading at present (Bring Up the Bodies by Hilary Mantel) says it was a good thing we broke up the monasteries- those sinks of gluttony, hypocrisy and sexual exploitation- but my heart says otherwise- and Walsingham-  with its sorrowful, loving gestures towards the slighted past- makes my eyes prickle. 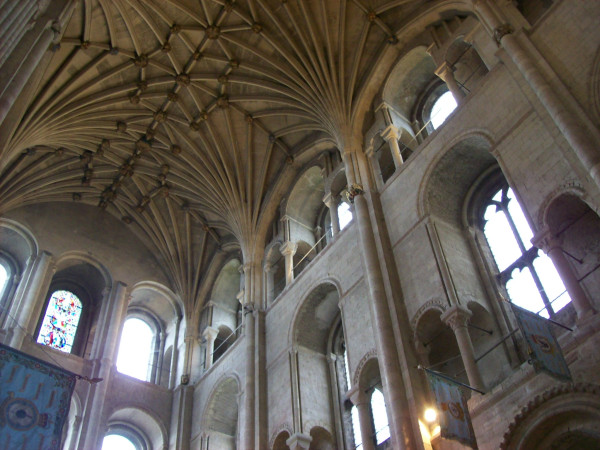 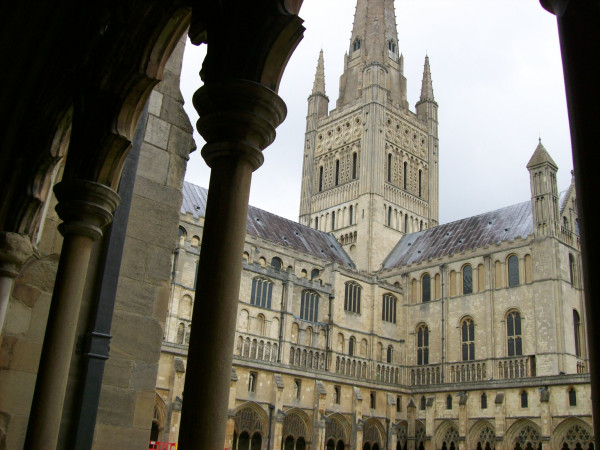 The tower viewed from the cloisters 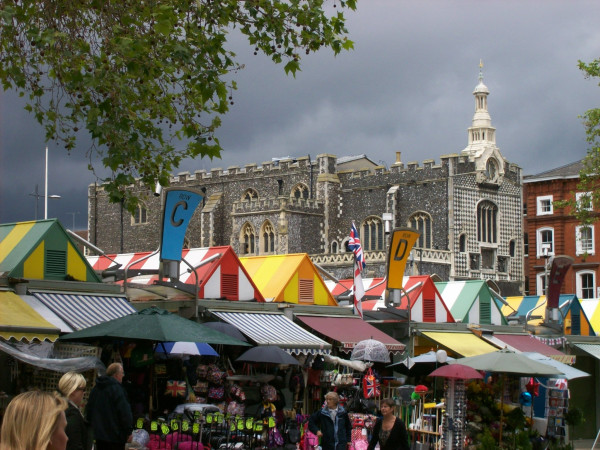 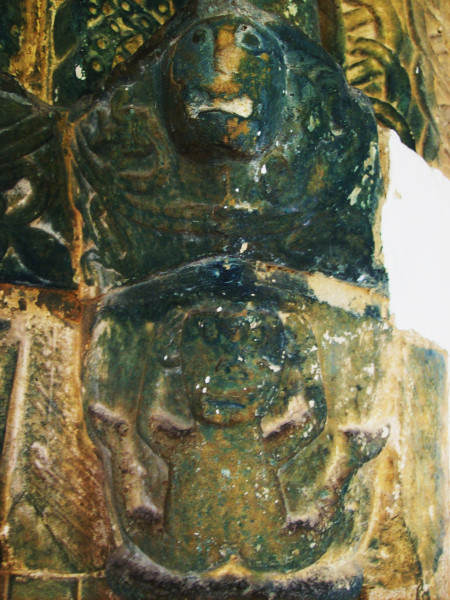