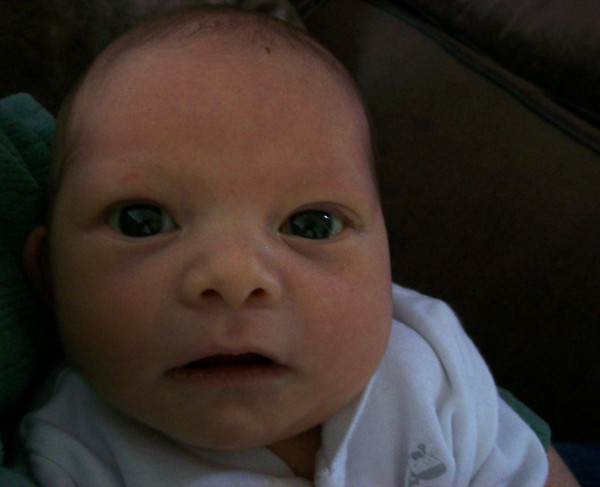 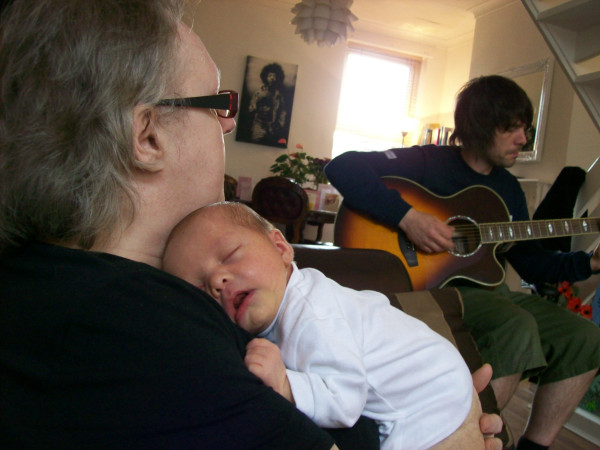 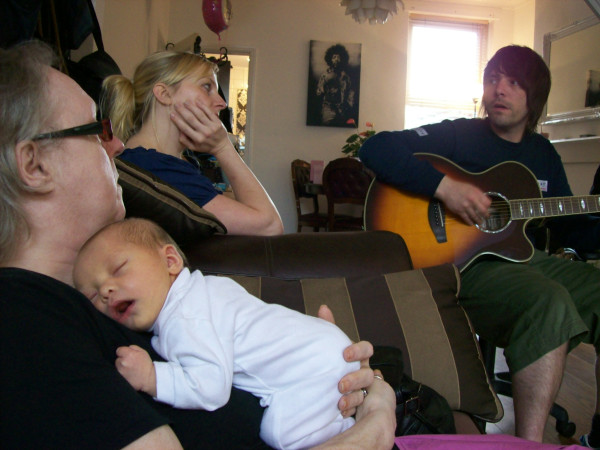 Apparently babies like patterns. I was taking Ivy's picture close up and Mab offered me this little square of cardboard with spotty patterns on it to hold beside the lens. Something for her to focus on. Actually I think she was focusing on the lens itself. She knew I was interrogating her so she interrogated right back.

But who is she?

It takes about two hours to get to Leicester, but only if you go the quickest way, which is also the longest way in terms of distance. Yesterday we watched the mileometer and discovered that it's longer by 32 miles- which is almost a gallon of petrol. The other thing about the quickest way is that- after the first stretch which passes through Longendale- it involves a lot of motorway and motorways are dull.

The shortest way goes through the heart of Derbyshire- through the Peak and the Dales- joining the M1 just beyond Chesterfield. Derbyshire has a claim to be the loveliest county in England. Yesterday we took the shortest way both coming and going. We had Dot with us and we thought (apart from preferring it ourselves) that it might cheer her up. I think it did. She grew up in rural Northern Ireland and was talking about how she loved to see the big old farm houses with their yards and barns. 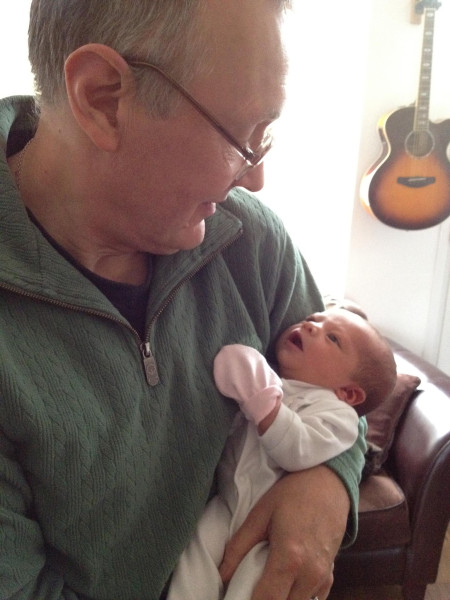